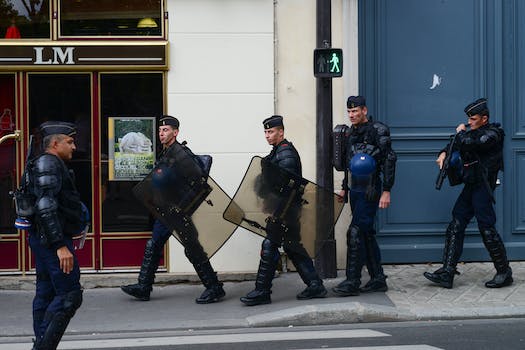 On Friday morning, Said and Cherif Kouachi, the two brothers whom French authorities believe were responsible for the attack on the satirical magazine Charlie Hebdo, reportedly holed themselves up with at least one hostage inside a printing business in the Parisian suburb of Dammartin-en-Goële.

In an interview with France Info, a man who encountered the suspects while inside the building—presumably prior to the standoff with police—recalled his chilling interaction with one of the alleged killers.

The man, who identified himself only as Didier, said he had an appointment that morning at the site to meet with a client, the owner of the printing business. When Didier went inside, he saw a man whom he initially believed to a special forces police officer because he was dressed in black and carrying a rifle standing with the owner.

“We all shook hands and my client told me to leave,” Didier said, according to a translation from the Guardian. “Go, we don’t kill civilians.”

Didier was then allowed to leave.

Since the initial attack in Paris, which resulted in the deaths of 10 Charlie Hebdo employees and two police officers, the alleged terrorists have reportedly engaged in gunfire with a portion of the 88,000-strong police force involved in the nationwide manhunt. The latest word from French authorities is that there were no further fatalities during the manhunt.

The gunmen have told French officials that they are “prepared to die as martyrs.”

The town of Dammartin-en-Goële has been sealed off, and residents have been told to shelter in place as law enforcement authorities engage negotiations with the suspected terrorists.