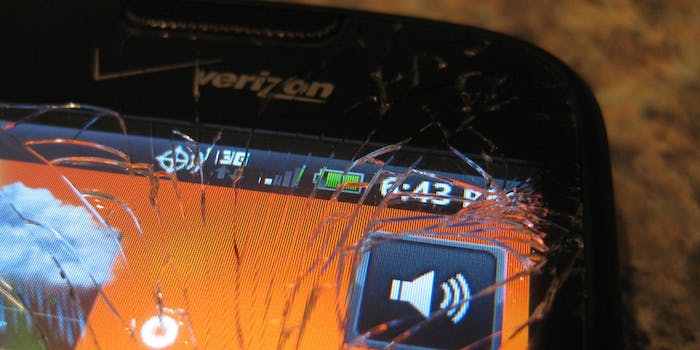 Calif. law would require phones to come with kill switches

California smartphone thieves, watch out. A new bill nearing passage in the state would mandate the inclusion of a “kill switch” in all smartphones, making it easier for citizens to render their devices useless if they’re snatched.

If passed, SB 962 would make California the second state to require kill switches, which allow users to lock down or deactivate stolen smartphones to protect sensitive information like contacts and credit card details. Minnesota’s legislature passed a kill switch bill in May.

While cellphone carriers have argued that such a feature could fall prey to hackers, supporters of kill switch legislation suggest that the carriers’ real motive is to protect the profits they receive from deals with phone insurance companies.

Supporters also point to research like a Creighton University study, which found that kill switches could save Americans several billion dollars per year.

The study from the university’s Heider College of Business, a summary of which can be found here, found that consumers could expect to save approximately $3.4 billion per year. It also found that “Americans spend about $1.1 billion per year replacing stolen phones” and “another $5.5 billion per year paying for premium cellphone insurance from their wireless carriers.”

“If all stolen phones could easily be disabled, criminals would have virtually no incentive to steal a phone in the first place,” the study’s author, William Duckworth, told the LA Times.

Mark Leno, the Democratic state senator from San Francisco who wrote the bill, is preparing for it to receive a vote in the Assembly after its passage in the Senate. Meanwhile, New York Attorney Generator Eric Schneiderman is leading a similar effort to pass a kill switch bill in that state.

In April, the country’s largest wireless service providers and phone makers joined a voluntary program to install kill switches in future phones. This feature, however, would be opt-in, requiring customers to know about and activate it before losing their phone.

State Senator Leno, the California bill’s sponsor, told the Times that the feature’s opt-in nature would cripple its impact. Many Americans do not know enough about their phones to seek out and enable such a feature before it is too late.

This is the second time the bill has been introduced in the California state senate; the cellphone industry killed it the first time around. As the LA Times explains, it only reemerged because phone manufacturers and service providers gave up their lobby campaign.