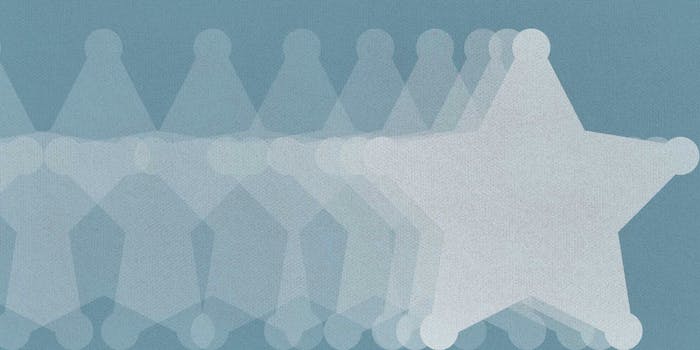 They tried to take their virtual jihad into the real world.

It all began online, but it was supposed to end on a battlefield in Syria.

Three men from Brooklyn, N.Y., were arrested on Wednesday for plotting to fly from the U.S. to Syria to join the Islamic State (ISIS), according to the Justice Department. Each faces up to 15 years in prison for providing material support to ISIS.

Abdurasul Hasanovich Juraboev, first came to the attention of American law enforcement in August 2014 when he posted on an Uzbek-language pro-ISIS website called Hilofatnews. From that moment on, federal agents kept close tabs on him.

On Hilofatnews, Juraboev offered to kill the the president of the United States.

“Greetings!,” Juraboev admitted to writing online last year. “We too wanted to pledge our allegiance and commit ourselves while not present there. I am in USA now but we don’t have any arms. But is it possible to commit ourselves as dedicated martyrs anyway while here? What I’m saying is, to shoot Obama and then get shot ourselves, will it do? That will strike fear in the hearts of infidels.”

Juraboev made no attempt to conceal his IP address, so it only took a few days before he was identified by authorities. His online communications were then monitored and intercepted regularly.

“The investigation subsequently revealed that Juraboev and Saidakhmetov devised a plan to travel to Turkey and then to Syria for the purpose of waging jihad on behalf of ISIL,” the Department of Justice said in a press release today.

Akhror Saidakhmetrov was arrested at John F. Kennedy International Airport before he boarded a flight to Istanbul in what the DOJ said was an attempt to join ISIS. Before that, he allegedly considered joining the U.S. military in order to pass intelligence on to the Islamic State.

An undercover agent spoke to both Juraboev and Saidakhmetrov about traveling to Syria to fight for ISIS, helping to formulate a plan that would successfully exfiltrate them from America despite the fact that they were being watched.

“The flow of foreign fighters to Syria represents an evolving threat to our country and to our allies,” U.S. Attorney Loretta Lynch, Obama’s nominee to be the next attorney general, told the press today. “We will vigorously prosecute those who attempt to travel to Syria to wage violent jihad on behalf of ISIL and those who support them.  Anyone who threatens our citizens and our allies, here or abroad, will face the full force of American justice.”

According to a criminal complaint unsealed today, Juraboev was “prepared to engage in an act of terrorism in the United States if ordered to do so by ISIL, and Saidakhmetov intended to commit such an act if unable to travel abroad to join ISIL.”

“More recently,” the complaint continued, “Saidakhmetov expressed his intent to buy a machine gun and shoot police officers and FBI agents if thwarted in his plan to join ISIL in Syria.”

ISIS has been attempting to bring followers from cyberspace into its real-world jihad for several months.

Last week, four American men were arrested for allegedly attempting to fly from New York to join ISIS. American law enforcement officials were first alerted to their intentions because of pro-jihadi tweets.

Earlier this week, a senior Justice Department official said that he would consider pressing criminal charges against individuals who spread ISIS propaganda on social media sites like Twitter and Facebook.

“ISIL calls on its followers to come fight for the terrorist organization in Syria,” said New York City Police Commissioner William Bratton, “and in messages to followers outside Syria, ISIL has called on them to attack police, intelligence officers, or the military in their home countries including the United States. By pledging allegiance to ISIL, these defendants allegedly conspired to fight for a designated foreign terrorist organization, either in Syria or even New York.”