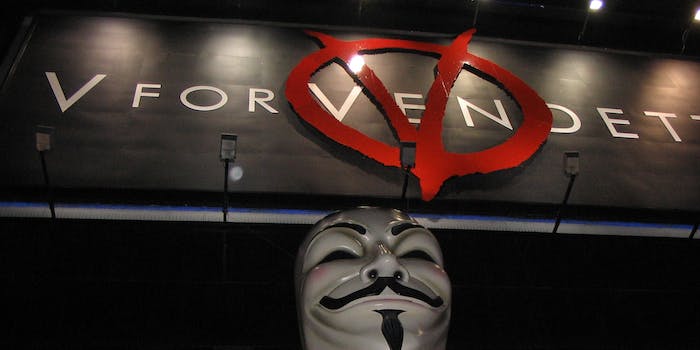 Nick Griffin wanted to start a far-right social media movement. But was this really the best choice of logo?

What do you do if you’re a far-right politician who has accidentally stolen your logo from an anarchist comic book?

Nick Griffin used to be the leader of the British National Party, the policies of which are often described as racist, homophobic, and even neo-Nazi. He’s the public face of Britain’s far-right movement, and after being expelled from the BNP last year, he decided to launch his own organization, a “grass-roots Social Media and street protest movement” called British Unity.

Unfortunately for him, British Unity seems to have tripped over its first hurdle: brand recognition.

Instead of going the unsubtle route and redesigning the swastika like Greece’s Golden Dawn party, British Unity went for a red, white, and blue logo with an emphatic “V” sign in the middle. If you’ve read the comic book V for Vendetta or seen the movie adaptation, this may already sound familiar, because it’s the exact same symbol used by V, the story’s anarchist anti-hero. For comparison, here’s the British Unity flag: 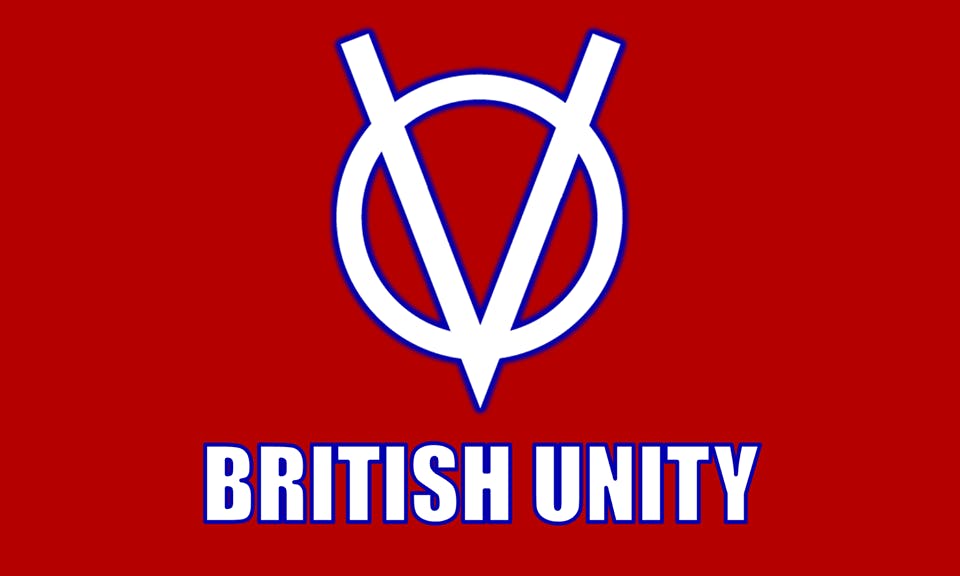 And here’s the logo from V for Vendetta, spray-painted onto a poster from the comic. Aside from the color scheme, the overall design is pretty much identical. 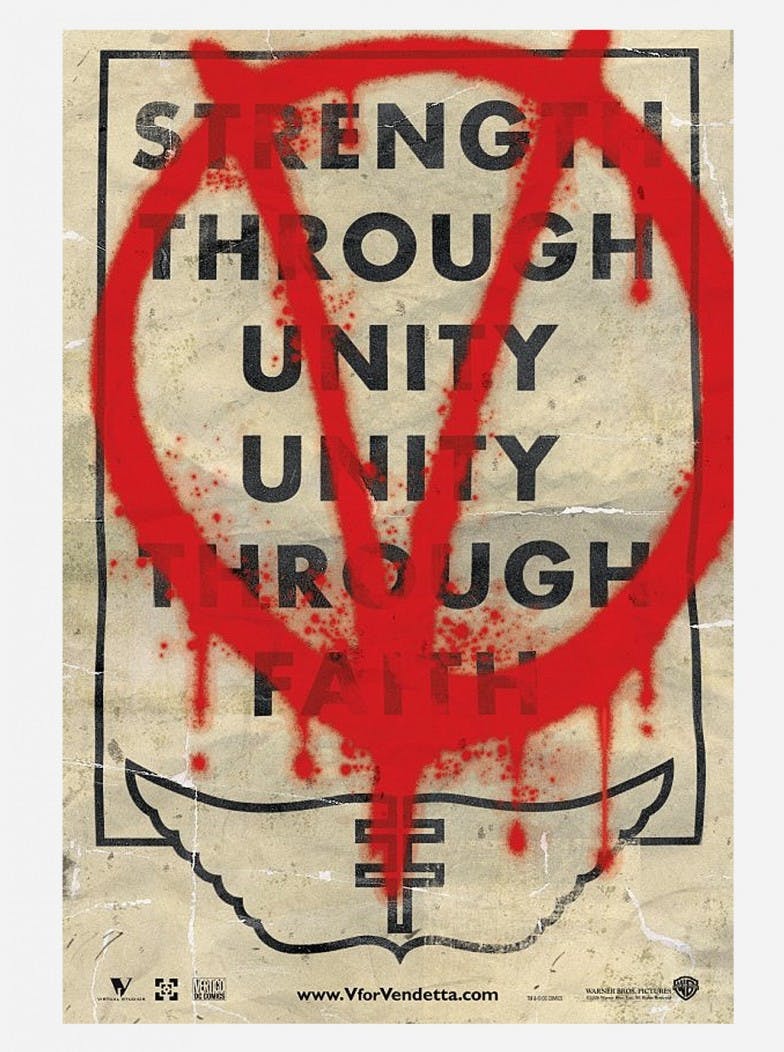 The similarities are ironic, to say the least. In V for Vendetta, the villain is an ultra-conservative government that appears to share many of Griffin’s own values. V, meanwhile, is a masked anarchist vigilante whose goal is to kill as many of the ruling politicians as possible. As U.K. news blog usvsthem points out, Griffin even bears a startling resemblance to one of the bad guys in the movie adaptation, a right-wing newscaster named Lewis Prothero.

These coincidences make for something of a mixed message. And then, of course, there are the links to Anonymous.

Representatives of Anonymous have famously co-opted V’s iconic mask at rallies and in their online postings. The mask serves both as an unofficial logo and as a way of disguising the identity of hacktivists who make public appearances. While it’s difficult to ascribe one ideology to the group, it’s safe to say that Griffin wouldn’t want to associate himself with them.

The ultra-conservative Griffin has accidentally allied himself and British Unity with both a comic-book anarchist and the most recognizable pseudo-anarchists in the real world. Of course, if Warner Brothers decides to treat this as an infringement on the V for Vendetta logo trademark, political embarrassment will be the least of Griffin’s problems.

Photo via PabloBM/Wikimedia (CC BY 2.0)