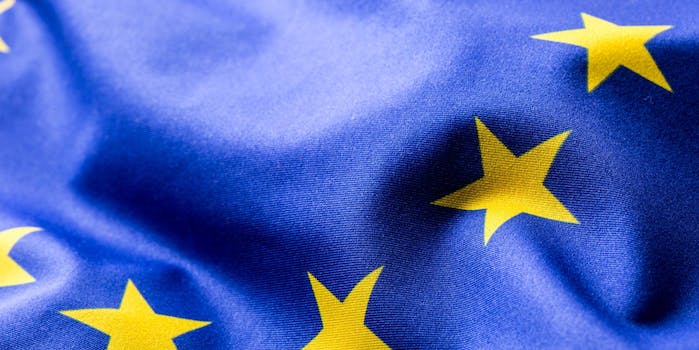 The prime minister resigned, the main political parties are in chaos, and Scotland and Ireland are pushing for independence.

Ever since the U.K voted to leave the European Union on Thursday, the country has been plunged into chaos. The stock market tanked. The prime minister resigned. British people frantically started googling “what is the EU?“—a question they probably should have asked 24 hours earlier.

People have been comparing the post-referendum fallout to Game of Thrones, a clichéd but worryingly accurate parallel. This story has everything: feuding aristocrats, racism, international rivalries, and the collapse of a once-great empire. It’s also unfolding very fast, so here’s a quick guide to the key events from this weekend.

1. Britain is going to have a new prime minister

On the morning after the referendum, prime minister David Cameron—who campaigned for Britain to remain in the EU—announced that he was stepping down. The Conservative party now has to choose a new leader before its annual conference in October. First, Conservative members of parliament will whittle down a field of nominees to two candidates, and then the rest of the party (about 150,000 people) will vote for the eventual leader.

Conservative Leave MP, Boris backer: "there is no plan. Leave campaign don't have a post Brexit plan, Number 10 should have had one"

The referendum split the Conservative party down the middle, with prominent politicians campaigning on both sides of the Leave/Remain divide. David Cameron’s replacement will probably be someone from the Leave campaign, with former London mayor Boris Johnson as the current frontrunner.

Johnson and Cameron have known (and competed with) each other since their schooldays at Eton College, representing different sides of Britain’s ruling class: Cameron as a statesmanlike conservative with a stable family life, and Johnson as a posh buffoon whose Trump-esque gaffes and veiled xenophobia belie a sharp political mind. Some cynics have already suggested that Johnson decided to lead the Leave campaign with the express purpose of ousting Cameron, using the referendum as a stepping stone to become prime minister. It’s all very House of Cards.

2. The Leave campaign’s biggest election promise was a lie

People voted Leave for a wide variety of reasons across the political spectrum, but the main campaign in favor of exiting the EU focused a lot of its energy on two talking points: immigration, and a slogan about Britain “sending” £350 million ($470 million) each week to the EU. This £350 million figure was emblazoned on campaign buses and posters, often combined with a promise to transfer this money to the National Health Service once the U.K. left the EU. It was also a barefaced lie.

Weeks before the referendum, this £350 million figure was repeatedly debunked. The real figure was less than £250 million, and the U.K. obviously receives numerous funds and benefits from the EU in return. This means some voters based their Brexit decision on inaccurate information.

dear @BorisJohnson I will be HOLDING YOU TO ACCOUNT pic.twitter.com/s5M3bIUWl9

On the day after the referendum, leaders of the Leave campaign quickly began to sidestep their promises about transferring that mythical £350 million to the NHS. UK Independence Party leader Nigel Farage described it as “a mistake,” while the prominent Conservative politician Iain Duncan Smith said the figure was “an extrapolation.”

The opposition Labour party is in disarray

Instead of providing a solid opposition to the chaos of the Conservative party, the Labour party is doing what it does best: imploding.

Labour was traditionally a left-wing party of the working classes, but since Tony Blair‘s election in 1997, the party drifted closer to the center. This seemed to be changing when the progressive socialist Jeremy Corbyn was elected leader last year, but since then he’s been dogged by infighting within Labour’s ranks. Centrist rivals have been trying to oust him since day one, and are now blaming the Brexit result on his supposedly “lackluster” campaigning for the Remain team.

Over the weekend, several members of the Shadow Cabinet (Labour’s opposition cabinet) have resigned in protest of Corbyn’s leadership. Hilary Benn, a well-known Corbyn critic, was fired from his shadow cabinet post for allegedly attempting to organize a coup. Several members of parliament have called for a vote of no confidence, potentially triggering another Labour leadership election. Deputy leader Tom Watson spent much of the weekend partying at Glastonbury music festival, leaving on Sunday to join the fray. And some of the anti-Corbyn group may be plotting on Snapchat at this very moment.

Labour Left believe anti-Corbyn plotters have been consulting each other over timings, resignations etc through a Snapchat group

3. Scotland is pushing for independence

Although Scotland voted to remain in the U.K. in 2014, it was generally agreed that a Brexit vote would trigger another independence referendum. Basically, Scotland wants to be in the EU no matter what, and polls suggest that interest in independence has soared over the past few days.

Nicola Sturgeon, who leads the Scottish parliament and the center-left Scottish National Party, is the only major political leader to come out of this situation intact. Unlike Labour or the Conservatives, the SNP is solid. Also, the divide among Scottish and English voters has given Sturgeon exactly what she wanted: a reason to precipitate another push for independence. While Cameron resigned, Leave campaigners dodged awkward questions from the press, and Corbyn fought off enemies within his own party, this is what Sturgeon was doing:

5. Racist attacks and harassment are on the rise

Immigration was a pivotal issue during the referendum campaign, with many people voting Leave in the hope that it would lead to stricter border controls. This obviously wasn’t a deciding factor for every Leave voter, but racism and immigration were hot-button topics throughout the campaign—particularly for Nigel Farage and UKIP, whose anti-immigration poster was criticized for closely resembling Nazi propaganda. Farage is often credited with stirring anti-immigrant sentiments in England.

In the days following the Brexit result, anecdotal evidence suggests a rise in racist abuse across the country. People have been reporting incidents on social media all weekend, from graffiti in a Polish community center, to a pair of men being beaten in what was allegedly a racist attack.

Just arrived at a 78% Muslim school. White man stood making victory signs at families walking past. This is the racism we have legitimised.

6. More than 3 million Brits have signed a petition to hold a second referendum

Much like the White House, the UK government has an official petition website where if any petition gets more than 100,000 signatures, parliament will consider it for debate. The key word here is “consider.”

As of this writing, over 3.3 million people have signed a petition demanding a change to the referendum rules. Instead of making the Brexit decision based on the narrow margin of 48.1 to 51.9 percent, the petition asks for a majority over 60%, based on a turnout over 75 percent.

This is the most popular petition since the UK government launched its petition site, reflecting the widespread panic sweeping the country this weekend. Parliament has the option of ignoring it, but this could be an unwise move. Those 3.3 million signatures represent about 10 percent of the electorate, and the number is climbing fast.

The good news is that the government also has the option of ignoring the referendum itself, which was effectively a glorified opinion poll. The U.K. hasn’t officially left the EU yet, so there’s still hope. But it would be a dangerous move for the prime minister to go against the will of the British people, even if some of those people already seem to regret their decision in hindsight.