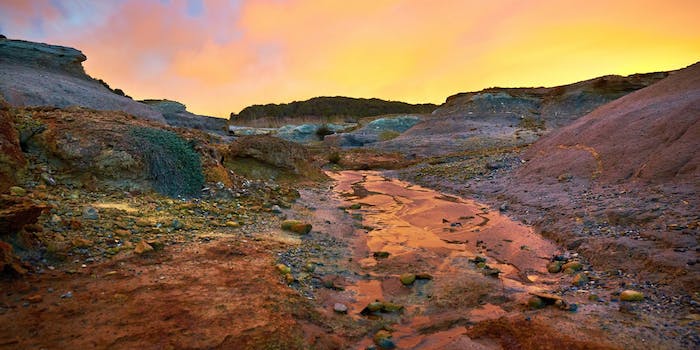 Boeing CEO believes he can beat SpaceX to Mars

But most importantly, whose rocket is longer?

The new space race is upon us.

Just one short week after SpaceX founder Elon Musk made a public statement about making us an interplanetary species, there’s already another sheriff in town. At the Atlantic’s What’s Next? conference in Chicago on Tuesday, Boeing CEO Dennis Muilenberg stated definitively that his company would beat Musk’s ambitious effort.

“I’m convinced the first person to step foot on Mars will arrive there riding a Boeing rocket,” Muilenburg said.

He also expounded on what Bloomberg dubbed “a Jetsons-like future,” complete with routine, hypersonic intercontinental travel and a commercial space-travel market. Boeing’s plan relies on “at least $60 billion in NASA-funded development,” according to TechCrunch.

This announcement isn’t completely out of the blue: Boeing and SpaceX are the two companies currently shuttling astronauts to the space station for NASA, and Boeing was, after all, the party responsible for the U.S. beating the Soviet Union to the moon.

So long as both companies can manage to avoid catastrophic pitfalls, the healthy competition could bring Mars closer to reality for us all.