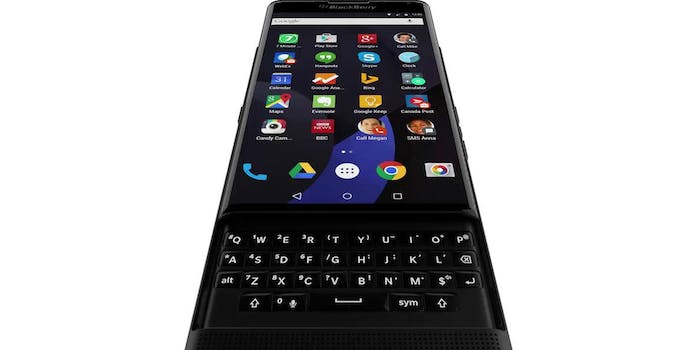 BlackBerry is launching an Android phone with slider keyboard

The worst-kept secret surrounding BlackBerry is the company’s plans to launch an Android-powered device. The Canadian phone maker finally confirmed the swirling suspicions during its Q2 financial results.

One BlackBerry did take the time to detail is the device’s name. According to a statement from Executive Chairman and Chief Executive Officer John Chen, Priv is derived from “BlackBerry’s heritage and core mission of protecting our customers’ privacy.” BlackBerry claims the device will combine “the best of BlackBerry security and productivity with the expansive mobile application ecosystem available on the Android platform.”

Given the amount of malware, ransomware, and viruses that have been hitting mobile operating systems lately, the promise of improved security measures could appeal to concerned users. Of course, there’s already one Android-powered device dedicated to privacy with “Black” in its name: the BlackPhone, built by encrypted communications firm Silent Circle.

BlackBerry is hoping the leap to Android will revitalize its hardware sales, which have been lagging thanks to the public’s general apathy toward the company’s handsets. According to its Q2 report, the company sold just 800,000 devices. For the first time in company history, more revenue was generated by service access fees than by hardware sales.