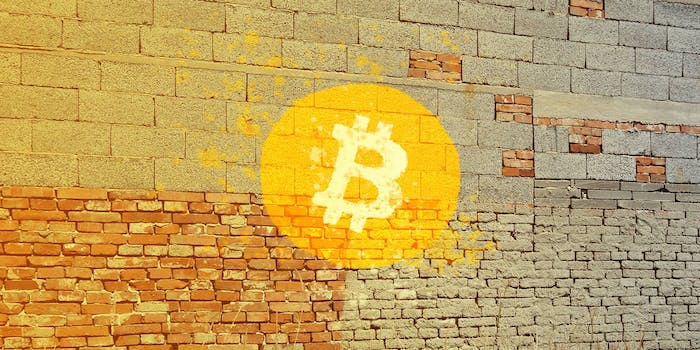 How Russian Bitcoin users are avoiding a looming government crackdown

Sometimes low-tech is the safest way to go.

The rise of LocalBitcoins coincides with proposed revisions to national law from the Russian Finance Ministry and the Ministry of Economic Development that would impose a four-year prison sentence on Bitcoin users, according to the Russian finance website Vesti.

Bitcoin has been through a tumultuous year in Russia, including being declared illegal for a time before the law was overturned in court. The current legal status of the cryptocurrency is opaque and in flux.

Regulation and potential prison sentences have not stopped the growth of the currency in Russia, as illustrated by the chart below, which shows a steadily increasing number of Russian Rubles being traded on LocalBitcoins.com.

Volume of Russian Rubles on LocalBitcoins

The extended move toward Bitcoin began sharply last year, when the Russian Ruble crashed in the face of international sanctions and low oil prices. Russia’s official currency remains weak, though it is no longer falling precipitously.

Bitcoin’s value rose to $300 on Tuesday, placing the currency in the best position seen all year.

Like in the rest of the world, Bitcoin is used in a wide variety of ways in Russia: Russians can buy goods on major e-commerce sites like Overstock, Newegg, or TigerDirect with Bitcoin, or they can also visit one of several Russian-language black markets on the Dark Net that only accept the cryptocurrency.

It’s near impossible to understand full how Bitcoin is used by Russian residents due to the privacy the cryptocurrency affords them.

The decentralized nature of Bitcoin also means that no single bank, business, or entity issues the currency. For that reason, many doubt that a Russian ban could be effectively enforced.

“We think that cryptotechnology is beyond any prohibition,” said Konstantin Koltsov, the communications director for Qiwi, a Russian online-payments giant that has plans to develop and release its own cryptocurrency in 2016.

Photo via Pavel P via flickr (CC BY 2.0) | Remix by Max Fleishman