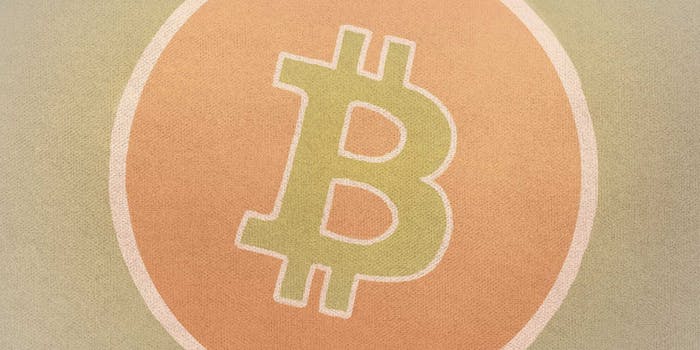 How Bitcoin rose from the dead

Bitcoin is at its highest level in a year. What gave it new life?

Despite a stack of obituaries, Bitcoin is now selling for over $330, the highest price the cryptocurrency has seen in a full year.

Six years into Bitcoin’s lifespan, the technology is notorious for volatility and what the Economist calls an “unfair” bad reputation of drugs and overzealous supporters.

In 2013, after U.S. law enforcement shut down the Silk Road black market and put Bitcoin into the world media’s spotlight, the currency’s value rapidly shot up to over $1,100 per bitcoin, only to take a series of wounding falls down to below $200. It was a sobering global introduction.

Today, Bitcoin’s era of violent swings seems to have passed. After all the turbulence Bitcoin has been through, how did this rise happen?

China is such a powerful driver for the Bitcoin economy that the Chinese Yuan now makes up 88 percent of all Bitcoin transactions, compared to just 9 percent using the U.S. dollar.

We know that China is massively interested in Bitcoin. What we don’t know for sure is why.

Pinpointing the exact reasons behind Bitcoin’s price is notoriously difficult. This is a $4.7 billion market built on privacy, so diagnosing the ups and downs is often more art than science.

“With price it’s always going to be a complicated question because there are so many variables ambiguating what moves where,” Peter Van Valkenburgh, director of research at Bitcoin research and advocacy non-profit Coin Center, told the Daily Dot in a phone interview. “It’s pretty much impossible to know, but we can always speculate.”

One popular theory dominates the rest when it comes to explaining the China’s impact on Bitcoin: In a country that increasingly uses technology to beat government control, Bitcoin allows Chinese citizens to beat controls placed on money.

The Chinese government places tight controls on how citizens and residents can use their money, even when traveling abroad, in an attempt to keep more money inside the country. But China’s domestic economic woes are pushing Yuan investment around the world, making Bitcoin an attractive investment for people with global ambitions, according to Marshall Long, Chief Technical Officer of Bitcoin consulting firm FinalHash.

Bitcoin doesn’t suffer the limitations of borders, as it can be transferred worldwide instantly with no government oversight.

“For what it’s worth, Bitcoin is at the very least a good way to fly low under the radar for capital controls,” Van Valkenburgh said.

As confidence in the Chinese economy continues on relatively shaky ground, and Beijing responds with tight controls, many say Bitcoin is one of the big benefactors.

Bitcoin miners use powerful computers to complete complex math problems that are needed to create new bitcoins. Miners then receive a reward in the currency for their trouble. Right now, the reward sits at 25 Bitcoins, which is currently worth about $8,000.

Next year, the reward will halve to 12.5 Bitcoins in 2016, significantly slowing the supply of new coins and, many hope, force Bitcoin inflation to a far lower level—and, importantly, lower than that of some national currencies.

The halving reward is “spurring on speculation,” Long told the Daily Dot. The hype for the coming halving percolates throughout the community, with supporters call the impending milestone “a triumph” worth celebrating. One hope is that countries like Venezuela and Ukraine will increasingly turn to Bitcoin as their own currencies falter.

Add that to the growing global payments industry that may continue to raise demand, and a slowing supply suddenly seems like a potential windfall—and a potential reason for immediate investment driven by that hope.

Not everyone believes the Bitcoin halving, which is set to happen on July 25, 2016, is driving price increases today.

“I’m more skeptical of this theory,”  Van Valkenburgh said. “Yes, in a simplified way, supply will be halved and demand will go up. But there’s a concept in monetary economics called rational expectations that says any known future changes in supply are automatically priced in.”

In this respect, there’s nothing quite like Bitcoin. With, say, gold or the U.S. dollar, the future supply carries uncertainty—we could always find more gold, or the Federal Reserve could create more cash. With Bitcoin, we know there will be a total of  21 million coins minted and then the spigot will stop.

We also know the reward will half next year, so what are the chances there will be a spike in price when the change comes, predictable as it the change is? We’ll find out next July.

The media often focuses on the salacious and crime-friendly uses of Bitcoin at the expense of all else, drawing the criticism of the currency’s investors and enthusiasts.

Their criticism is more or less true—the media does often further a negative image of Bitcoin. And yet, a multi-million dollar drug trade in Bitcoin has undeniably existed since the currency’s early days. How much does this black market play a role in Bitcoin’s success this year?

If the Bitcoin economy is difficult to understand, the Dark Net is doubly so.

Beginning in earnest in 2011 with the launch of Silk Road, which accepted Bitcoin as its sole payment option, the currency attracted criminals. Little has changed in the years since. Almost no one can be quite sure the size or momentum of the entire Dark Net economy. The people in the best position to know are market owners, who keep those details as tightly wrapped secrets.

“The early adopters of any technology are often criminals,” Van Valkenburgh explained. “Criminals tend to be risk seekers, so you’re probably the kind of person who is comfortable with risky technology.”

Despite extensive police action against the Dark Net, the black markets endure. But given all the major market casualties over the last year, there’s no reason to believe it’s kept up with Bitcoin’s overall growth in size.

“Some of the early speculative bubbles and price support were people who wanted to use the technology for illegal purposes,” Van Valkenburgh argued, “but now that we’re seeing [Bitcoin] mature, these newer fluctuations go beyond that.”

The highest-ever price came in late in 2013, when it hit roughly $1,200 per bitcoin. Now a whopping $900 below that high mark, how can anyone count today’s Bitcoin price as anything more than a loss?

“One of the fundamental differences [between 2013 and 2015] is the amount of diversity in the market,” Van Valkenburgh argued. The landscape has changed.

“With some of the previous bubbles, there’s a lot of reason to believe that a fair amount of that was artificially inflated from single choke points like Mt. Gox,” Van Valkenburgh said, referring to the major Bitcoin exchange that imploded in early 2014. “So if you wanted to pump the price, you could do it easily because there were only a handful of exchanges run by questionable characters.”

The biggest of the old Bitcoin exchanges, like Mt. Gox, collapsed, and their owners face police action for fraud. There are more exchanges today, and they are more geographically diverse, making it much more difficult to manipulate the currency through fraud.

“There are a whole new range of exchanges in China and the USA now,” Van Valkenburgh explained. “At this point, it’s much more difficult to move the price through fraud because you don’t have a single exchange to do something nefarious on, you have a very competitive market.”