The DIY biohacking revolution is here

It's never been easier to build your own biological creations.

Just as big tech companies like Google found their start in garages, the future of biology will be built in garages and kitchens, too.

At the South by Southwest festival in Austin, Texas, on Friday, a group of researchers described how experimenting with and hacking biological systems had become as accessible as the Internet was during Google’s early days, when computer scientists developed software that would change the way people used the Web.

The study of synthetic biology is relatively new, but companies like Synbiota—which makes a DNA prototyping platform—are already democratizing the process. The goal is to allow people with limited access to funding or labs to run experiments and create new biological devices right from home.

“As with any technology where the cost diminish, if it doesn’t cost you any money or little money to try something, you don’t need permission,” said MIT Media Lab director Joichi Ito. “Google, Yahoo, Facebook—they were all created without any money. In a permission-less system, you get chaos and complexity, but also get Uber.”

Ito discussed the evolution of the Internet since the 1980s, when it was still an unknown entity to most people. Over 30 years later, synthetic biology is poised to change the biotech industry, just as open-source technology broke the stranglehold of proprietary services and applications.

Those open-source alternatives led to the rise of new media properties like Twitter and Facebook, along with the apps we use every day. The hope is that biotech will power similar breakthroughs as it democratizes the manipulation of DNA.

Synbiota created a “DNA Tinker Kit” that allows anyone to experiment with biology in a way that was once reserved for expensive laboratories. The kit contains materials that let you design, build, and grow inventions by rapidly prototyping DNA. Essentially, the kit is similar to a LEGO set for biological organisms. 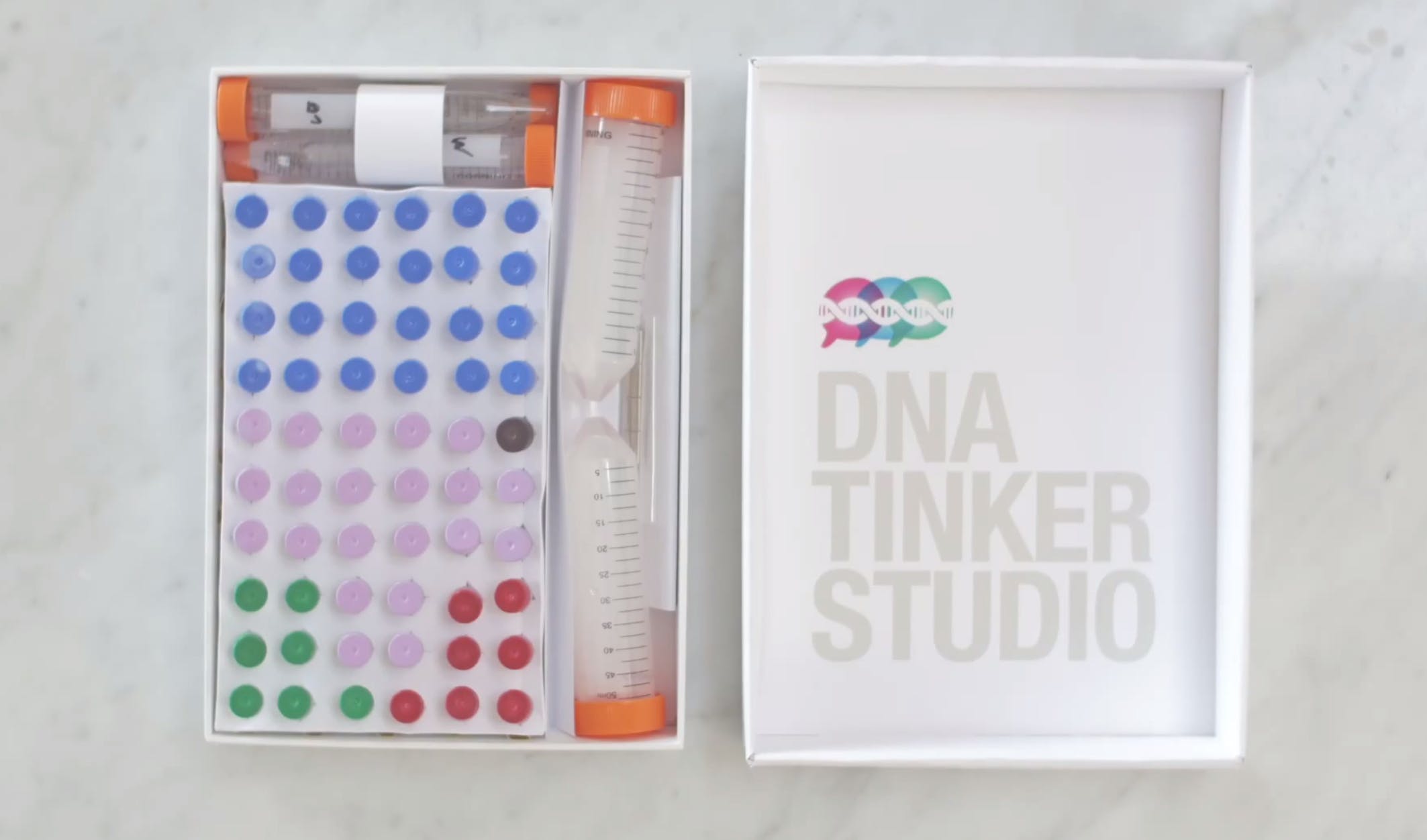 Ito—who is an investor in Synbiota—and team from MIT designed a project in Ito’s kitchen using the company’s DNA prototyping kit. And now that it’s mainstream, Ito said, even people with limited knowledge of programming or biology can create things like smells, tastes, or bacteria in their own kitchens.

“Anyone that can make cupcakes can make recombinant DNA,” he said. “You can make bacteria in a few hours.”

As with any unknown technology, the federal government is keeping its eye on garage biohacking and home bacteria manipulation. Law enforcement has even taken some biohackers into custody. But scientists say this approach is changing.

“There was a time when people were arrested by the FBI for doing biology in their garages,” said Rob Carlson, managing director of Bioeconomy Capital. “Now we’re in a different position. We do outreach programs to academics and garages and startups.”

Rules regarding garage biohacking are more relaxed in the U.S. than in places like Germany, where, Carlson said, the authorities have banned biological experiments conducted anywhere other than in labs.

“When we try and control democratized technologies, we wind up with Breaking Bad,” Carlson said. His message to law enforcement was clear: Attempt to exert too much control and you’ll create an uncontrollable world.

Although the idea of a terrorist manufacturing bioweapons in his living room might make some people nervous, the government actually supports the idea of innovating cheaply through readily available products.

In 2009, President Obama and the National Security Council released the “National Strategy for Countering Biological Threats,” in which the government endorsed private, home-based laboratories (emphasis added):

The beneficial nature of life science research is reflected in the widespread manner in which it occurs. From cutting-edge academic institutes, to industrial research centers, to private laboratories in basements and garages, progress is increasingly driven by innovation and open access to the insights and materials needed to advance individual initiatives.

Ito said that, just as everyone should learn basic coding skills, people in every industry will need to understand the basics of biology.

“Everyone here will have to learn a lot more biology in the next five years,” Ito said. “And it’s very similar [to when people were] going around in the 80s, and we were talking about computers and the Internet, and people said, ‘Well yeah, that doesn’t affect advertising or media.’

“We can’t get away from the fact that biology is going to fundamentally change everything,” he said, “from computers, to lights, to factories.”

Comparing bioengineering to software engineering, Ito said that the biotechnology industry was moving at a much more accelerated pace. Bioengineering, he said, is at a point equivalent to when the Internet had just started rolling out to a mainstream audience. Thanks to new technology, however, startups already have a mature set of tools with which they can use biological programming to come up with, say, Google for bacteria.

But if you just want to make your kitchen smell like vanilla by manipulating DNA, you can now do that, too.

Photo via uoftengineering/Flickr (CC BY 2.0)