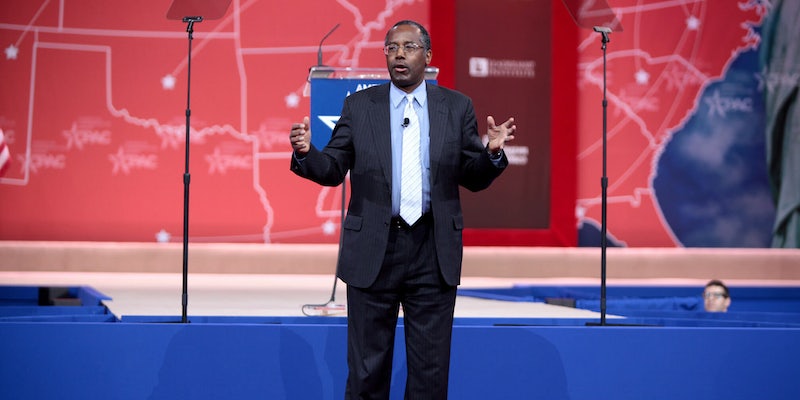 Emails revealed that Secretary of Housing and Urban Development Ben Carson was personally aware of his $31,000 dining set, a purchase which caused an uproar about abuse of government funds in the Trump administration.

After the expenditure was revealed—prompting outrage about government excess—a spokesperson for HUD said that Carson had no knowledge of the expenditure. But emails obtained by American Oversight, a government watchdog group, reveal Carson and his wife were directly in the know about it.

According to CNN, an email from a staffer referred to “printouts of the furniture the Secretary and Mrs. Carson picked out.”

When originally reached by CNN for content, Carson said he was “surprised” by the price tag, and said the order had been canceled.

Trump cabinet members have come under fire for their lavish lifestyles at taxpayer expense, despite the president’s frequent insistence he would drain the swamp.