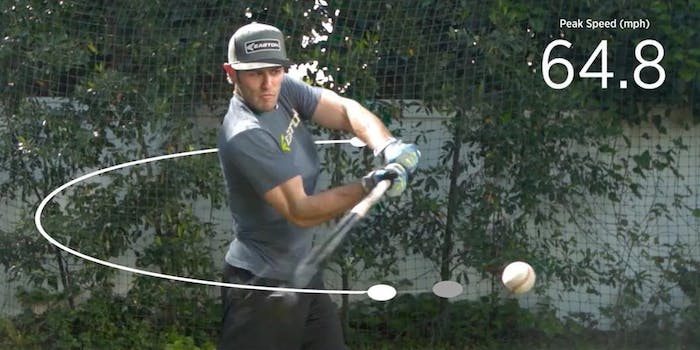 Forget steroids, sensors are the next big performance enhancer in baseball

Baseball in America is nearly as old as the country itself, and while the sport gets credit for adopting advanced statistics—the data that drove the Moneyball movement—much of the game still relies on old standbys. At CES 2016, disrupting America’s pastime appeared to be tech’s new pastime.

It makes sense that baseball would draw the attention of tech firms looking to quantify sports. Compared to many other team sports, where there are many moving parts interacting during live, ongoing action, baseball is closer to an individual contest.

To oversimplify, the majority of each baseball game is a series of one-on-one match ups between pitcher and hitter. The results of those singular contests are stitched together into larger segments—innings, and full games. For device makers, this means they can focus on an individual in the same way they can with a runner to improve their performance.

For those in the batter’s box, there’s the Power Sensor from Easton. A nearly weightless attachment that connects to the knob of a bat, the Power Sensor is packed with sensors that record information about each swing.

When a batter takes a swing with a Power Sensor-equipped bat, the data gathered by the device is sent via Bluetooth to an accompanying smartphone. The companion app offered by the company gives the batter an insight into a variety of metrics, ranging from swing speed and time-to-contact to swing direction and power.

All of those factors are available individually, but are also put through an algorithm to generate a single overall figure that Easton calls Blast Factor. Rated on a score of one to 100, the score is designed to encourage consistency and balance between power and efficiency.

According to a representative for Easton, the number should be generated instantly. There was a delay in getting the results at the company’s batting cage setup at CES, but a convention center full of crossed signals and bad connections, it’s hard to hold it against them. The local diamond should have significantly less interference.

Despite the connectivity issues, the Power Sensor still tracked the couple cuts I took, and provided information about my swing. I scored high in efficiency—around the 80 range in each at-bat—but I was lacking in power. As a result, I landed Blast Factor scores that ranged between 65 and 75. 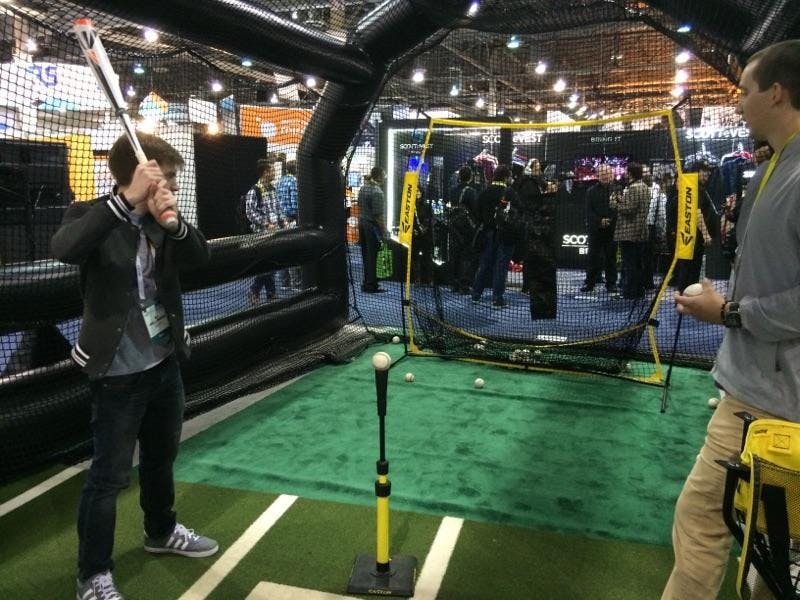 Because I’ve never played baseball competitively or taken any coaching direction for the sport, these numbers didn’t mean a whole lot and I had no real idea of how to improve them. The Power Sensor can help with that via its built-in analysis, but my immediate reaction was to ask the expert in the cage with me.

That was actionable feedback that I could apply to the very next swing to improve my result. According to Justin Stone, a private baseball instructor at Elite Baseball Training, that is where wearable devices continue to fall short.

“The area that those pieces of technology are lacking in is if you aren’t where you want to be, it doesn’t give you feedback on how to change it,” he told me. “The bat coming through the zone…is actually the last piece of the body’s whip to work.”

While it’s handy to have a metric with which to judge the result of your action, what produces that result is a function of mechanics. A player has to step back and adjust their stance, their grip, their swing motion to truly improve, and these are things the Power Sensor can’t necessarily provide—at least not at the same individualized level as a coach.

“It’s like giving you a very, very complex math equation and giving you the answer to it, but the teacher never tells you how to get to that answer,” Stone said. 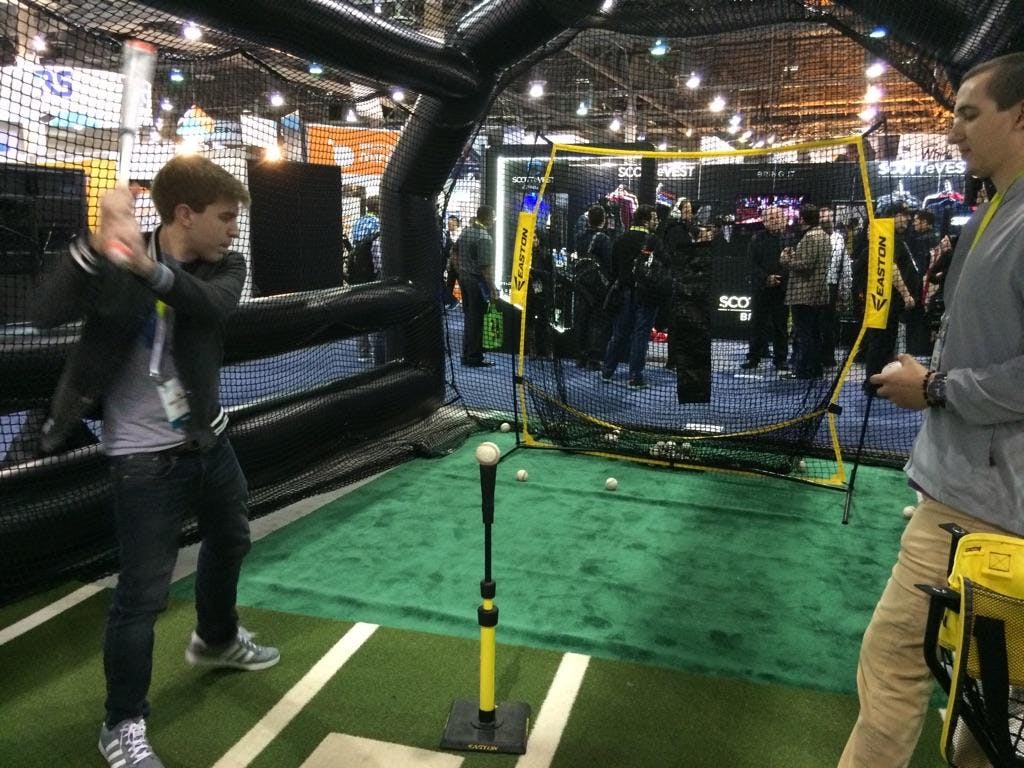 That’s about what I experienced when using the Power Sensor. If I didn’t have a person who knew what he was doing telling me what to adjust with my swing, I may have produced a different Blast Factor without really knowing why. The device makes a lot of sense as an additional tool that can be used to track and gather data, but an expert like Stone is still needed to know how to apply and improve it.

“For any professional coach or person with a biomechanical background, it’s very valuable,” Stone said.

On the mound, form is just as important, but even the perfect throwing motion can wear a pitcher down when they are forced to throw too much. In recent years, Tommy John surgery has become more common. The reconstructive procedure, designed to replace the oft-damaged ulnar collateral ligament (UCL) with a different tendon from elsewhere in the body, now seems nearly inevitable. It’s gotten to the point that some have suggested players getting the surgery preemptively to avoid the pain and be able to plan for the downtime it causes.

Motus is hoping to equip pitchers with a tool that will help them avoid requiring the surgery in the first place. The MotusBaseball sensor is a multi-purpose tool that can be slotted into a compression sleeve or attached to a batting glove, but it provides a unique benefit to pitchers. 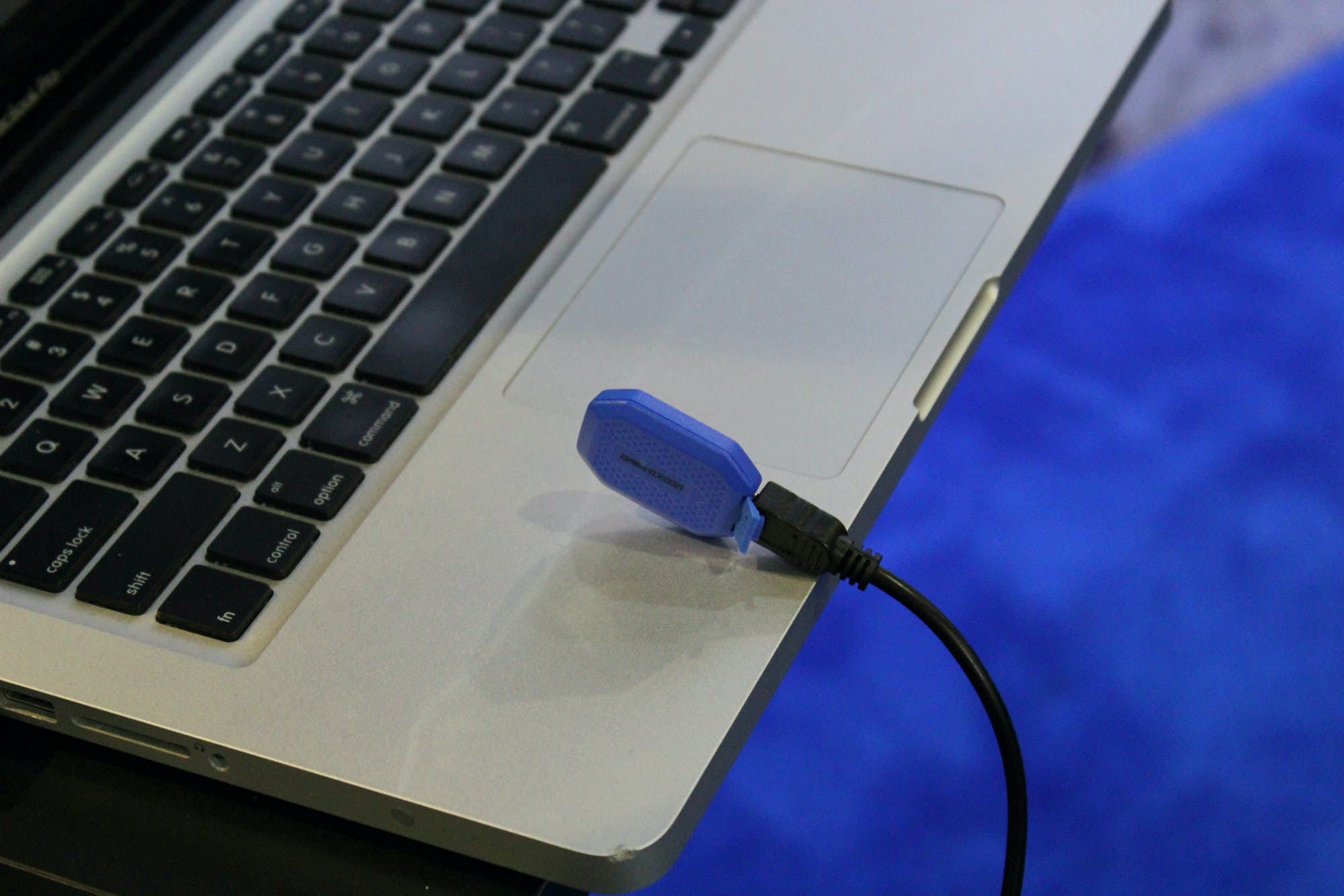 With three accelerometers and three gyroscopes, the tiny device measures rotational force on the arm in newton meters. “The main goal is to measure stress and workload on the UCL. It also measures arm slot, rotation, arm speed,” Bryan Goelz, Director of Digital Media at Motus Global told me.

A paired iOS app gives users insight into everything from throw motion and release point on pitches to important injury prevention information designed to keep pitchers working longer into their careers rather than longer into a single game.

“The idea is to for guys to wear this every day when they’re throwing to get a true sense of their workloads and prevent overuse injuries,” Goelz said. “To get to know your workload, you want to wear it on every throw.” 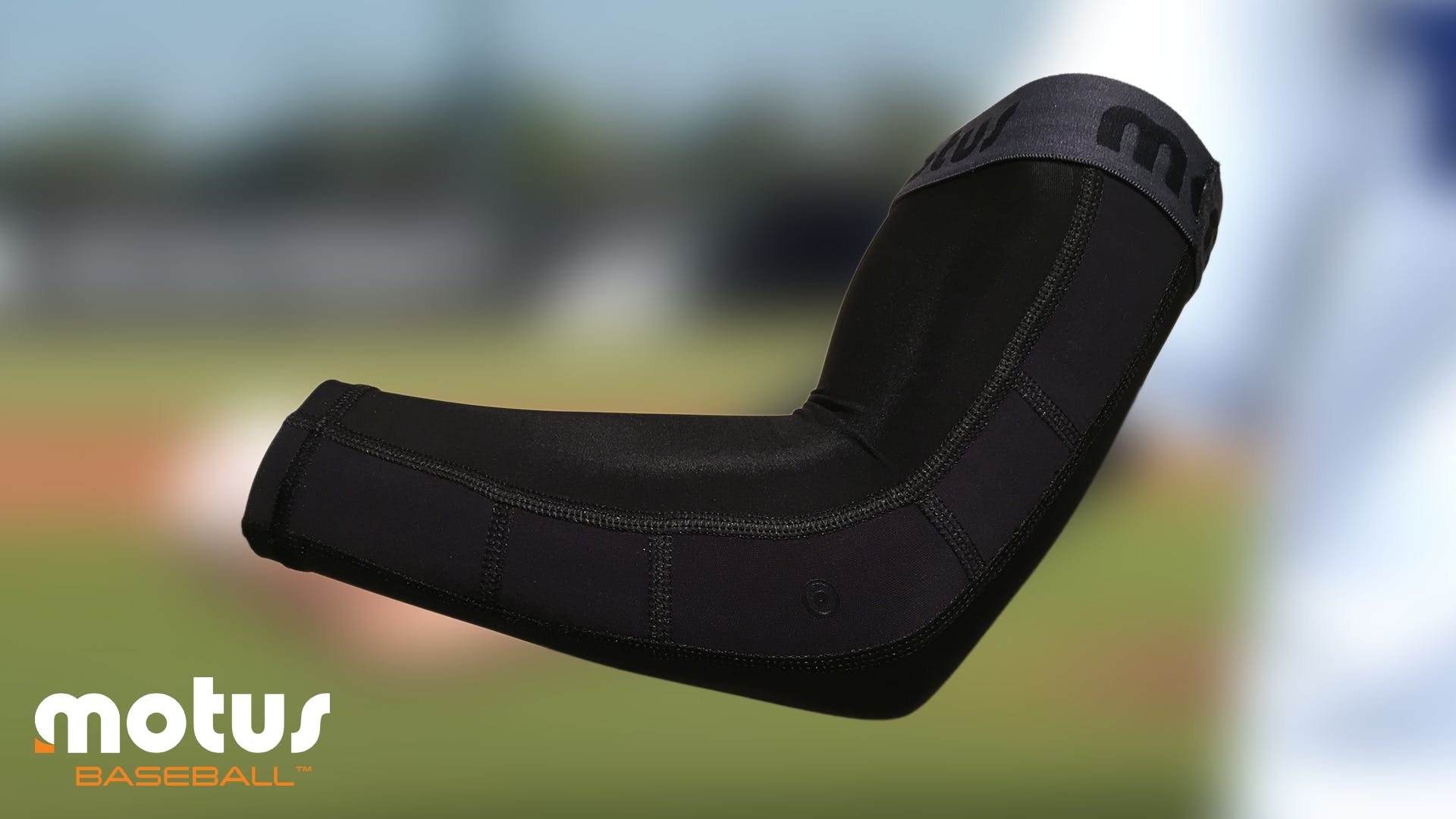 The device was approved by Major League Baseball last year and Goelz said it was used by several teams at the minor league level. It was also adopted by a handful of big leaguers who used the device to track performance during the rehab process after injury. It’s yet to be used in a game, though a spokesperson for Minor League Baseball told me it was permitted for such a purpose.

While higher levels of baseball have started to embrace the sensor, the primary value is to equip young players at the little league level with the device. Arm injuries are common for pitchers playing at competitive levels at a young age—so common that there’s an injury called “Little Leaguer’s Elbow.”

Little League Baseball has attempted to address these problems with educational information to teach parents and coaches how to watch for fatigue and by cutting down on year-round play. But even those who escape their youth with their arms intact may carry potential for injury with them as they continue to play later in life.

“The ultimate goal is to solve that issue at a youth level, where people are uneducated,” Goelz said. “Right now, it’s a pitch count but every kid is different, every kid puts different stress on their arm. Also, with a pitch count, you’re not taking into account when a kid goes to play shortstop after pitching, or catching. Now if he wears the sleeve, it’s got every throw and you get a true sense of what his workload is and if he is overusing his arm.”

New tech for an old game

Despite the adoption of advanced statistics that have changed the front office aspect of professional baseball in recent years, the game still lags behind in its adoption of new technology. Science and tech might help make decisions as to what players to put in the lineup or to chase in free agency, but they aren’t being applied to actually help players improve.

“Any breakthrough in technology is valuable to our sport because it’s way behind the other sports in terms of utilizing technology in training,” Stone said.

“They’ve integrated statistics-type people into the front offices, but you have to understand something about the baseball industry: the business side of baseball and the player development side of baseball may as well be in two separate buildings, different zip codes away from each other.”

From a front office level, merging those things might seem like a n0-brainer, but it’s more difficult than it appears. Like a good swing, a good team is built from the ground up. Right now, those who work most closely with the players, like coaches, aren’t universally equipped to make the most of the new technology that is becoming available.

Despite this challenge, Stone seemed optimistic about the direction of the game. He expressed his belief that the longer devices like the Power Sensor and MotusBaseball sensor were available, the more likely it would be that players and teams at all levels would be able to make use of them effectively.

“The average player, average parent, beginner coach—the more they’re exposed to it, the better chance they will be able to utilize the technology,” he said.

Technology’s ability to impact the sport—which Stone called “archaic”—is just beginning, but the results are already evident. Stone pointed to the Chicago Cubs, a team that made it to the National League Divisional Series in last year’s playoffs thanks to a top-rated farm system that produced pro-ready players.

“You have a progressive front office that is embracing coaches that are in turn embracing technology. I think you’re seeing in a very short amount of time how that is utilized to get young players that often times struggle to learn at the big league level a faster adjustment period into the highest level of baseball,” Stone said.

When other teams see a club succeeding thanks to a particular strategy, they are often all too happy to copy that method in hopes of getting similar results. If teams catch wind of a device like the Power Sensor or MotusBaseball giving players an advantage, you’ll start hearing about them a lot more in the near future.