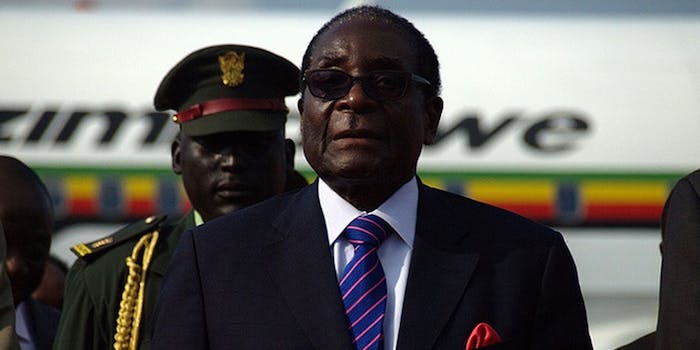 A mysterious Facebook muckraker is shaking up politics in Zimbabwe

An unknown political pundit on Facebook is helping shape the upcoming presidential election in Zimbabwe.

Is he a political Robin Hood, sharing insider info to the masses? Is he an attention whore with far too much time on his hands? Is he even a he? The only thing people really know about Baba Jukwa, an enormously popular Facebook pundit, is that as Zimbabwe gears up for its first presidential elections since 2008’s shameful fiasco with Robert Mugabe, Baba Jukwa’s daily social media dispatches are making an impact on the race.

Baba Jukwa describes himself as a “concerned father,” and his constant stream of commentary—which leans towards opposition of Mugabe’s government, but also includes general calls for open government and getting out the vote—has garnered more than 194,000 likes. That’s not bad for an anonymous pundit with no major backing and in a country with only around 4.5 million internet subscriptions.

Jukwa claims to be an insider in Mugabe’s Zanu-PF party and, frustrated with corruption and stagnation in Mugabe’s administration, wants to shame the political elite into playing by the rules. According to the Economist, his muckraking skills are unrivaled, and his feed is a constant stream of allegations of corruption and violence by politicians and police alike. Sometimes he even includes a phone number for his followers to call and complain, as he did on Tuesday:

While Baba Jukwa’s insider status remains unconfirmed, the Zimbabwean press has taken him seriously in his few months of operation. A report in Zimbabwe’s the Standard compared him to Bradley Manning, while also noting that he’s the only person within Mugabe’s party to try to force the president to change.

It’s still early, but it appears Baba Jukwa’s growing popularity who has exploded on Google Trends as of late, will have an effect on coming elections. Just today, Mugabe and his opponent, Morgan Tsvangirai, registered for the July 31 presidential elections.

By Derek Mead | Photo of Robert Mugabe via Al Jazeera/Flickr