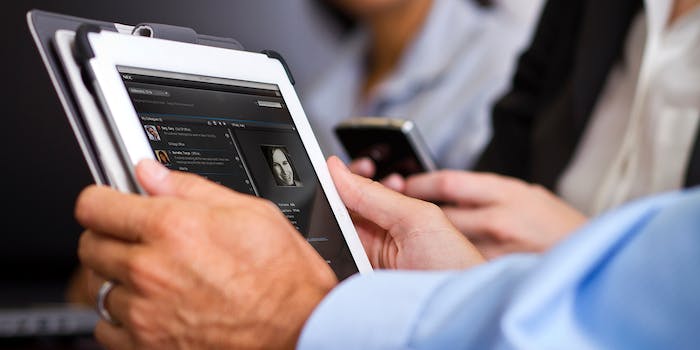 The documents come from a trove released by Edward Snowden.

The National Security Agency depended on AT&T, which was described as “highly collaborative” in an agency document, to facilitate widespread Internet surveillance in the United States, according to a report by the New York Times and ProPublica.

NSA documents say AT&T demonstrated an “extreme willingness to help” with spying during a decade-long collaboration. The telecom giant gave the NSA access to billions of emails on its networks and helped wiretap the United Nations’ online communications, the documents show.

According to the report by the Times and ProPublica:

The N.S.A.’s top-secret budget in 2013 for the AT&T partnership was more than twice that of the next-largest such program, according to the documents. The company installed surveillance equipment in at least 17 of its Internet hubs on American soil, far more than its similarly sized competitor, Verizon. And its engineers were the first to try out new surveillance technologies invented by the eavesdropping agency.

One document reminds N.S.A. officials to be polite when visiting AT&T facilities, noting, “This is a partnership, not a contractual relationship.”

The documents cited in the report come from the trove released to journalists by former NSA contractor Edward Snowden. The NSA and AT&T declined to comment on the documents.

AT&T and other telecom companies mentioned in the documents are code-named, but Times and ProPublica reporters were able to identify AT&T by speaking with intelligence officials and comparing repair dates of an AT&T fiber optic cable with dates mentioned in the NSA documents. The documents also used “technical jargon specific to AT&T,” the report said.

AT&T’s collaboration with the NSA outstripped its other telecom competitors, according to the report. It was the first to participate in warrantless surveillance after the Sept. 11 attacks, the first to initiate a 2003 program that the NSA called a “‘live’ presence on the global net,” and “began handing over 1.1 billion domestic cellphone calling records a day” in 2011 in response to an NSA push to ramp up collection.

The Electronic Frontier Foundation previously sued AT&T on behalf of its customers, alleging that their privacy was violated by AT&T in its collaboration with the NSA. The case was dismissed in 2009 after the FISA Amendments Act gave immunity to telecoms that collaborate with the government on surveillance efforts.

The initiatives described in the documents, which span from 2003 to 2013, may not operate the same way today. The United States promised not to spy on the United Nations in October 2013, Reuters reported.