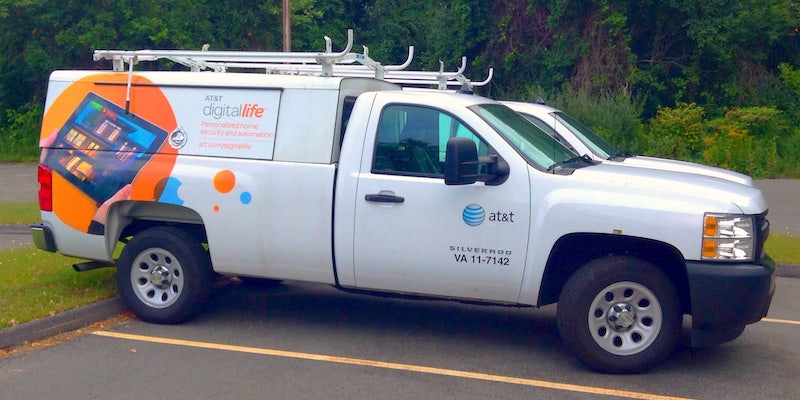 Hundreds of thousands of people may now have access to affordable internet.

AT&T has reversed a decision that denied potential low-income users access to affordable internet service in areas where it hasn’t modernized its network.

Supplemental Nutrition Assistance Program (SNAP) participants who meet certain qualifications can now purchase internet access from AT&T for $5 per month in areas where the company’s network speeds are below 3Mbps.

“We’re currently working to expand the eligibility process of Access from AT&T to the 2 percent of our home internet customers unable to receive internet speed tiers of 3Mbps and above,” an AT&T spokesperson told the Daily Dot.

The decision marks an expansion of one of the conditions put in place by the Federal Communications Commission (FCC) when it approved the merger of AT&T and DirecTV.

The FCC failed to set a capped price for areas where AT&T’s network offers speeds of under 3Mbps, and the telecommunications company decided to interpret that as having no pricing mandate for its slower network. Using the loophole, AT&T charged users $30 per month for the first 12 months to access its substandard network.

At the time, AT&T claimed the “vast majority” of the areas it serves has internet speeds of 3Mbps or higher available. But reports from Connect Your Community found about 21 percent of all Census blocks in the cities of Cleveland and Detroit—primarily inner-city neighborhoods with many low-income households—only had access to a network with speeds of 1.5Mbps or less.

It appears from its support page that AT&T will continue to subject its low-income subscribers to data caps that have overage fees of $10—the same or double the cost for the initial monthly access—for an additional 50GB of data. AT&T also still automatically assigns subscribers to the most expensive tier they qualify for rather than offering the customer the ability to choose.

In a blog post, the NDIA said it is “gratified to learn that AT&T has reconsidered its earlier refusal,” and said, “We look forward to learning more about AT&T’s plans to extend Access from AT&T to these households, and to working with our local affiliates to maximize the program’s contribution to digital inclusion in their communities.”