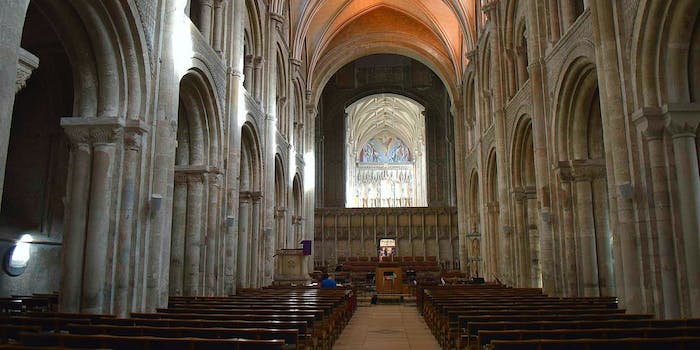 The group Ansar Bangla 7 claims credit for the vicious attack.

After receiving multiple threats for his work, American atheist blogger Avijit Roy and his wife were attacked in Bangladesh Friday by assailants wielding machetes. Roy died after being brought to the hospital. His wife was critically injured, having lost a finger.

Roy is known for his 10 books and blog, Mukto-Mona, which address religious themes with a skeptical eye. Conservative Muslim group Ansar Bangla 7 has claimed responsibility for the murder on Twitter.

The screenshot below is purportedly taken from Roy’s daughter’s Facebook page, serving as a brief memorial to her father: 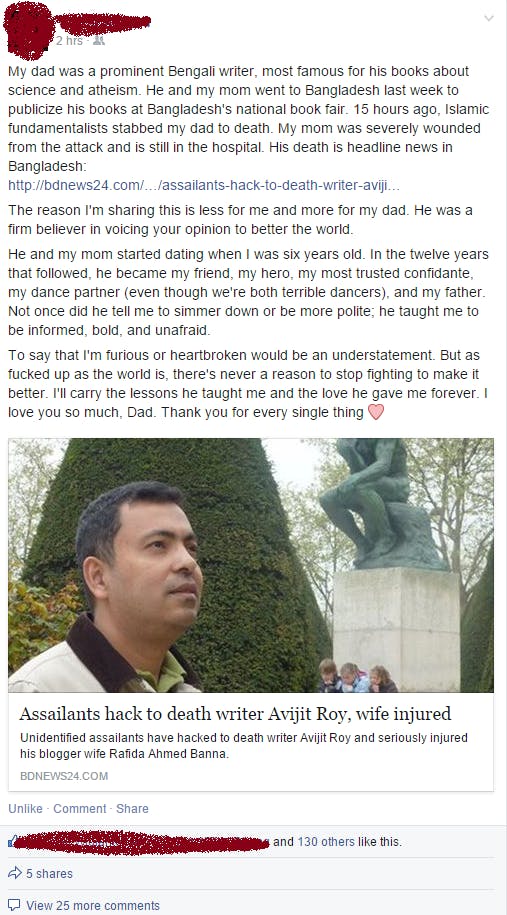 Area police are investigating the crime, and while the weapons used in the attack have been recovered, authorities are so far unable to link the murder to the Islamic group.

This is the second such attack against a blogger in Bangladesh in the past two years, where the population is 90 percent Muslim.

H/T The Guardian | Image via cathedraljack/Flickr (CC BY 2.0)