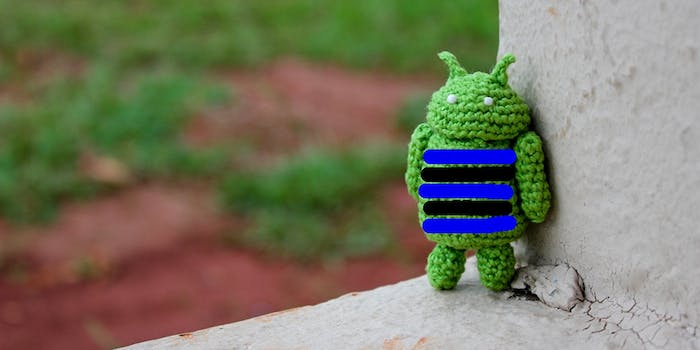 We’ll take a look at some of the Android apps created by people who just might have too much time on their hands. 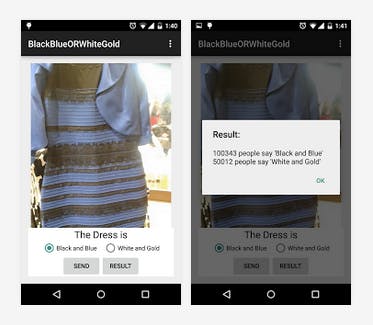 This app just straight up ripped off the BuzzFeed post that went viral on the fateful night of Feb. 26. You can vote on the dress color and see how many other lonely souls downloaded an application that literally does one thing—lets you vote on a meme’s color. But considering there are more than 3 million votes on that particular BuzzFeed article, you might as well save the space on your phone and just go look over there. 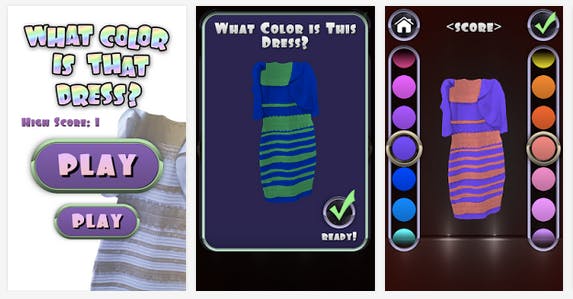 Another Android app, What Color Is That Dress?, asks users to match the colors of various Photoshopped dresses, and according to the description on the application page, it’s a lot harder than it looks. The person behind this app isn’t taking themselves too seriously, however, and has written up a number of fake reviews of his own app.

“How can I be so sick of this dress, yet I still want to play this game?”
– some one is bound to say this.

“Now I think I’m color blind”
– someone who is not actually color blind.

“I can’t get this stupid dress out of my mind. Make it stop.”
– some guy who doesn’t like dresses

“Maybe I’ll get enough ad revenue to buy a snickers bar.”
– the developer 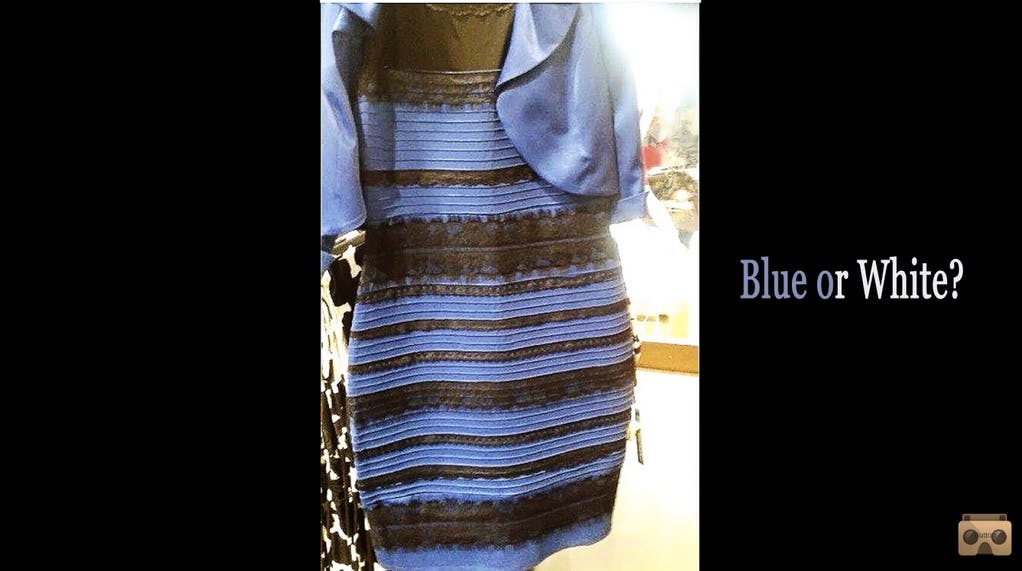 This developer created a color test that works with Google Cardboard. If staring at your computer screen wasn’t enough, you can now hold up the virtual reality headset and look at the dress in a three-dimensional space. Of course, the person behind the app didn’t just do it for fun—the developer is using the dress app as a way to market its other virtual reality app, Art 3D Gallery.

Taking the concept of illusions one step further, one app maker turned the dress survey into an entire game about what particular illusions look like. You and your friends can debate the merits of more than 50 different images, many of which you’ve probably seen before.

You don’t even need the photo of the actual dress when you’re trying to make up random games about Internet memes, as one developer discovered. I think the one person who both rated and commented on this application speaks for all of us.

Many other dress apps have popped up on the Internet, and since all of them are free, I’m not really sure what the goal behind them is. Are they school projects? Made by bored individuals? Products created in the hopes that the app gets one tiny percentage of the attention the original dress received?

Who knows. But they keep popping up.