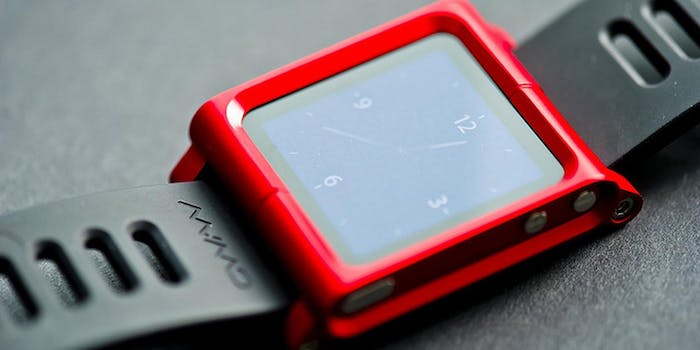 Time for an iHistory lesson.

Unless Apple is pulling one of the great product misdirections of all time, at some point in 2015, every well-appointed fanboy will be decked out with a first-generation Apple iOS-based timepiece.

But actually, that’s more like “generation 1.5.” Technically speaking, Apple has been in the watch business for four years. Included in the September 2010 release of the sixth-generation Nano was clock functionality and a set of watch band accessories. The device is no longer in production but you can easily snag one on Apple’s refurbished online store, eBay, and secondary market sites (primarily based in Asia). There are a shockingly large number of retailers still selling rather funky watchbands. As a timepiece, the sixth-generation Nano was the perfect size for wrist wear, and It weighed in at three-fourths of an ounce and included an FM radio tuner and accelerometer. 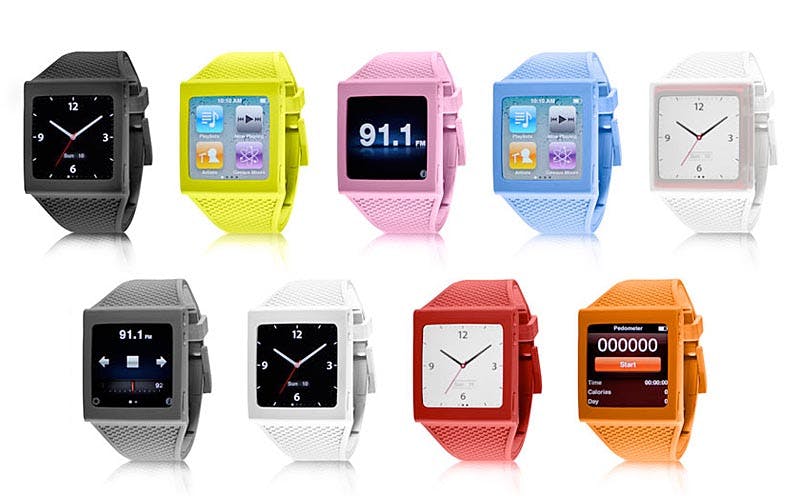 The iPod-as-a-watch concept was not one Apple pushed hard in terms of marketing and PR, but the tech cognoscenti could not resist putting the Nano 6 through its timely paces with mixed feelings.

In December 2010, TechCrunch offered this overview after a reporter used the device as a watch for a week:

Wearing the watch for a week was an unusual feeling. I couldn’t check it at night without fumbling for the button and I couldn’t shower in it like I do my Seamaster (which you’re not supposed to do anyway, but I’m a risk-taker). People loved looking at it but the joy was short-lived. If you’re trying to peacock with this, I wouldn’t. The ladies will probably consider you a big freak instead of a “cool guy with an iPod watch.” Otherwise, it’s good fun.

And here’s the video review of a Nano iPod watch. As the reviewer points out, it is not waterproof and only tested up to 95-degrees. Guess that means it’s not the best way to tell time when wandering across the Sahara….

But the Sept. 9 press event will bring us full circle. Apple fans and the media are more than ready to welcome the first true iWatch (which won’t actually be called an iWatch), but some of us will fondly remember the company’s original “go” at a connected timepiece.