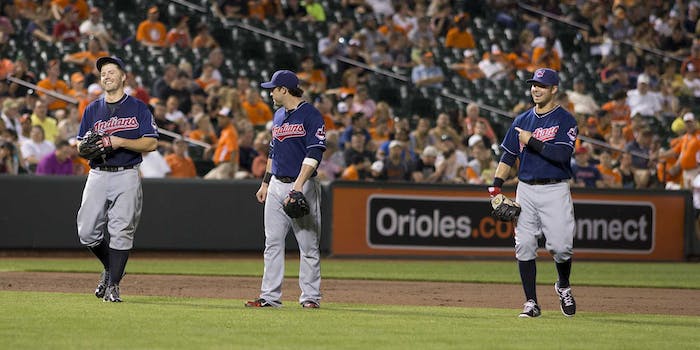 Because Apple doesn't make lube... yet.

At the start of the keynote for the 2015 Worldwide Developers Conference, Tim Cook took to the stage to brag about the popularity of Apple products by showing off a ransom note penned by Cleveland Indians ballplayers who were holding hostage the 100th career home run ball hit by Brandon Moss. The list included iPhone 6s, iPads, Apple Watches, MacBook Airs… and one thing Apple decided to remove.

In the original version of the ransom note delivered to Moss, pitcher Marc Rzepczynski had an additional demand aside from the Apple Watch. He also wanted a “50 gallon drum of lube.”

They delivered this ransom note to Brandon after the game.#Windians pic.twitter.com/qD0d98Un9k

The version of the note shown on the big screen at WWDC removed reference to the lube, presumably because Apple doesn’t make it. (Not yet, at least. There’s a lot still to be announced at WWDC so you never know.) 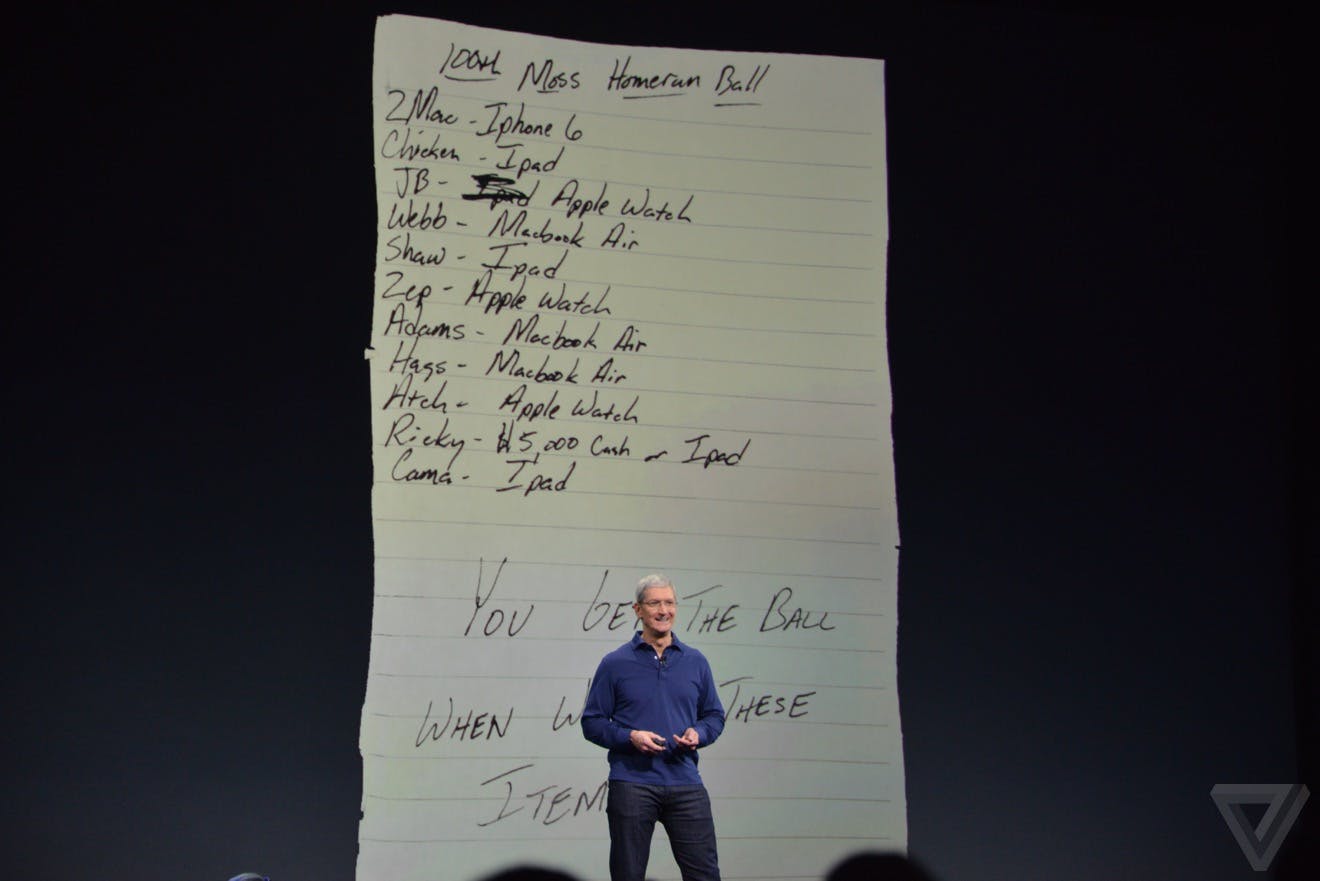 The rest of the note appears to be intact, including $5,000 in place of an iPad and one player crossing out “iPad” and opting instead for an Apple Watch.