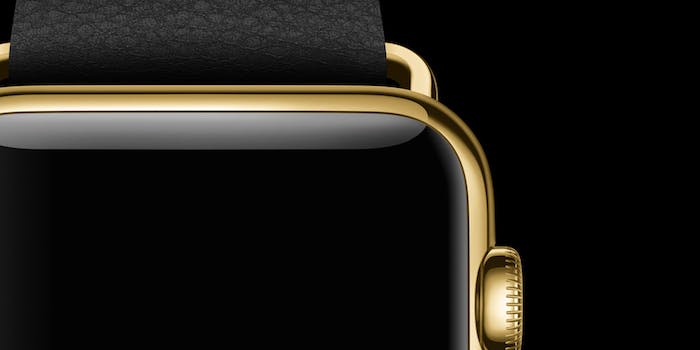 Sapphire isn't all it's cracked up to be.

When you’re buying a new gadget, the more you spend on a specific model typically means the product itself will provide a superior user experience. That doesn’t appear to be the case when upgrading from the cheapest version of the Apple Watch to its more pricey counterparts, or at the very least it’s a definite trade-off.

DisplayMate put the various versions of Apple’s debut wearable to the test and the results may put off some of those considering the pricier models. Despite having the same underlying OLED display, the material covering the screen on the Apple Watch Sport is a scratch-resistant glass while screens of the more expensive collections are protected by sapphire crystal.

Sapphire, while more scratch resistant than even Apple’s specially formulated glass, also reflects more light. According to DisplayMate’s testing, the sapphire versions of the Apple Watch—like on the $17,000 model—reflect 78% more light than the screen on the Apple Watch Sport model, which starts at $349. This means that the cheaper model actually has better readability in certain lighting conditions, even though the glass display may be more prone to scratches than its sapphire counterpart.

“The much higher Reflectance of sapphire compared to glass almost doubles the reflected ambient light, which is fine for traditional watches that work by reflecting ambient light, but significantly washes out the image contrast and color on emissive smart watch displays,” the report reads. “It’s an interesting compromise between the luxury and scratch resistance of sapphire versus optical performance.”

Ultimately, DisplayMate praised many aspects of all the Apple Watch models, but it’s clear that the decision to go with ultra-protective sapphire on the higher-end devices negatively affect the display under certain conditions.