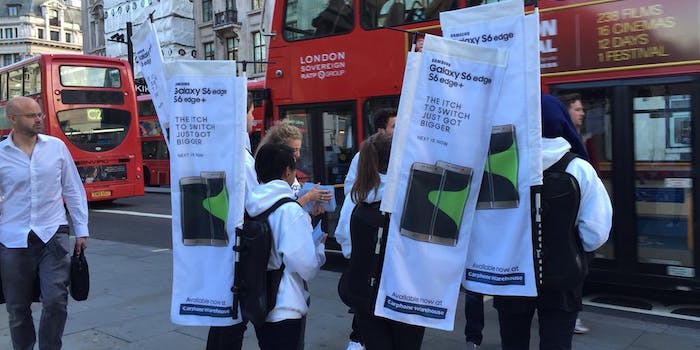 Samsung is no stranger to trolling Apple, and during today’s iPhone 6s launch the company once again spent its marketing cash to make fun of people it wishes had bought its phones instead.

At one popular Apple Store in London, two teams of pro-Samsung individuals showed up to remind all the new iPhone owners about Samsung’s smartphones.

First, prior to the Regent Street Apple Store opening its doors, a group of people clad in blue—Apple’s signature store apparel color—showed up to hand out blankets and pillows to those in the queue. They didn’t identify themselves as representatives of Apple, Samsung or anyone else. 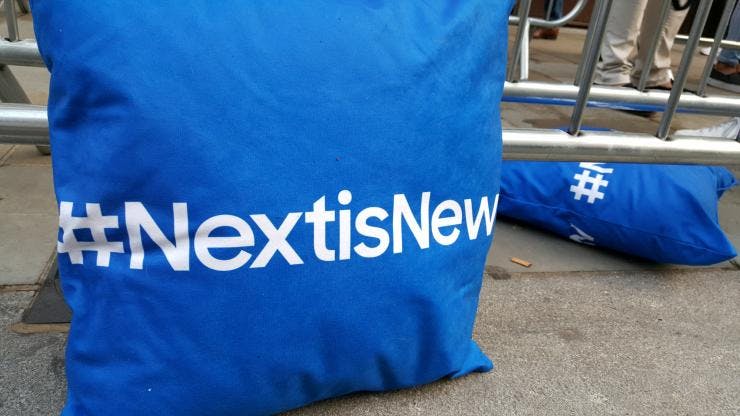 However, the freebies had the hashtag #NextisNew scrawled across them, which happens to be the tagline Samsung uses to promote its latest Galaxy smartphones. International Business Times reports that the group was sent by a marketing firm called Iris, which has worked with Samsung several times in the past.

Once the sun rose and the doors opened, a second round of guerilla marketing arrived at the same store. This time, the people involved were wearing bright white hoodies and carrying backpack-mounted Samsung signs, showing off the newly launched Galaxy S6 edge and S6 edge+.

Curiously, the signs also point to a company called Carphone Warehouse. Carphone Warehouse sells a variety of smartphones and tablets, including Apple’s iPhone, which it is currently promoting above all else on its Twitter page. When asked about the signs, Carphone Warehouse told The Daily Dot via Twitter that it was unable to confirm whether or not it had anything to do with them.

We’ve reached out to Samsung and will report back if we are given details on just who sponsored the iPhone party crashers.