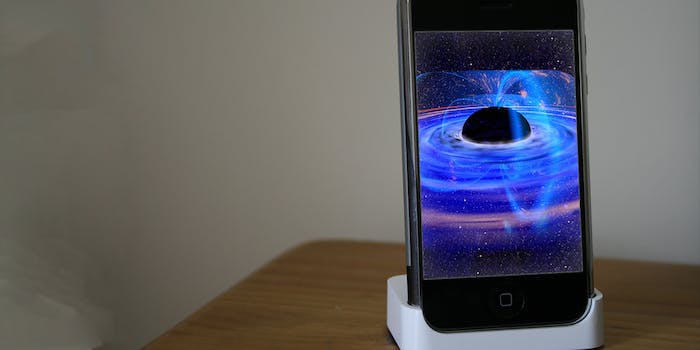 Apple thinks they have a solution—but it might be too late to save them from their legal woes.

Apple is facing a legal headache after a U.S. District Court ruled that a California woman may push ahead with a class-action lawsuit against the technology company, after she lost “countless” text messages to an iMessage bug after switching phones.

By default, text messages between iPhone users are routed through the iMessage app, which offers greater functionality and avoids carrier text messaging fees. However, once a number is logged as using iMessage, texts to that number from other iPhones will continue to be sent exclusively via the Apple-only app, even if the phone number owner switches to a non-Apple handset.

Unable to access to the texts on their new Android or Windows Phone, the messages are effectively lost forever. The function can be disabled (if the user knows about it)— but GigaOm reports that some former iPhone users have experienced the iMessage “black hole” even after attempting to switch it off.

Adrienne Moore is now bringing a class action lawsuit against Apple over “countless” lost messages. The initial lawsuit was filed in May, accusing that “the missing iMessages [is used] as a tactic to dissuade people from switching from Apple.”

U.S District Judge Lucy Koh has swatted aside Apple’s objections and allowed Moore to press ahead with the lawsuit in a Monday ruling.

Apple has recently launched an online tool to help former iPhone users deregister their numbers and avoid the iMessage black hole—but it won’t be any consolation to Moore and the countless others who have experienced the issue, and may not save Apple from an expensive legal settlement.