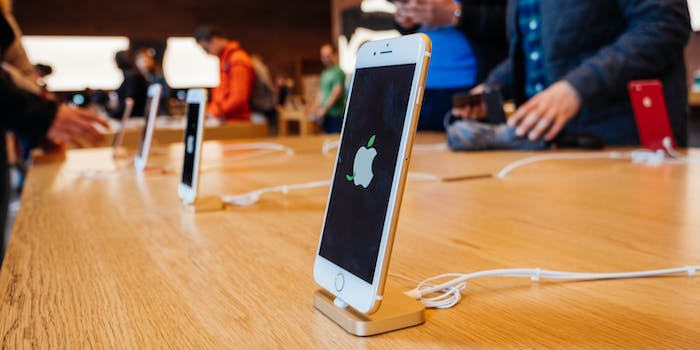 Rumor round-up: What can we expect from the next iPhone?

Fall is coming and with it a new iPhone. While Apple hasn't announced anything official about its device upgrades, analysts and 'inside sources' have plenty to say.

Fall is right around the corner, bringing with it the changing colors of the leaves, crisp afternoon air, and of course, Apple’s latest iPhone announcement. The invites are out, and Apple’s iPhone event is officially happening Sept. 10 at 10am PT at the Steve Jobs Theater in Cupertino, California. We’ll be watching the event and reporting all the iPhone news as it happens, but heading into next week, there is still plenty to talk about.

Anticipation is high for the iPhone 11 (or whatever it ends up being called), but what can Apple fans expect when the device is finally released? Specifics are currently few and far between, but in keeping with tradition, the rumors are flying. We’ve gathered the best rumors we could source, along with some blind conjecture based on past Apple products to give you an idea of what to expect, and we’ll be adding to the list as Sept. 10 nears. Here are the most notable Apple iPhone event and iPhone 11 rumors so far.

In January, the Wall Street Journal reported the Apple iPhone event would introduce three new iPhone models. We don’t know the new iPhone models’ official names yet, just their model names, or what they’re internally referred to.  At the moment, they’re being called the D42, the D43, and the N104.

In May, Bloomberg’s Mark Gurman and Debby Wu reported production had started on the A13 chip for Apple’s new line of iPhones. The chips are made by the Taiwan Semiconductor Manufacturing Co. and are proprietary to Apple devices. Currently, nothing else is known about the chips; if this rumor is true, we’ll certainly learn more about its capabilities at the Apple iPhone event.

According to 9 to 5 Mac, Apple’s next iPhone(s) will abandon 3D Touch technology in favor of Haptic Touch. To clarify, Haptic Touch is an Apple-created marketing term for the long-press with vibration function of the iPhone home button. This will be supported by an improved Taptic Engine, called leap haptics, which will be introduced in iOS 13. Unlike Android, iOS has been using Haptic feedback sparingly on the iPhone. This new engine should expand the use of Haptic feedback on the device, but no specifics as to how are currently known.

The January Wall Street Journal report also claimed the top of the line 2019 iPhone, possibly named the iPhone Max, will feature a triple-lens rear camera. According to a Bloomberg report, the third lens will be an ultra-wide-angle lens for larger and more detailed photos.

Even the low-end iPhone XR will reportedly get an upgrade, trading its single-lens rear camera for a double-lens model. Apple’s middle-tier phone will continue to have a two-lens rear camera. The camera is arguably the most important iPhone feature to customers and Apple is known to push its capabilities with each new iteration, so these upgrades seem likely.

Along with these improvements, 9 to 5 Mac also reports that the iPhone 11 will include a new feature called Smart Frame, which reportedly will capture the area around your photos and videos. This lets users adjust the framing and perspective of their composition for better cropping after shooting. After a short period of time, this extra information will be deleted by your phone automatically to save space and to protect user privacy.

While Apple’s rear camera may make some professional photographers sweat, the front-facing TrueDepth camera’s 7-megapixels is decidedly less capable. According to MacRumors, that will change on the iPhone 11, with the introduction of a 12-megapixel front-facing camera. Hopefully, this will lead to better selfies, sharper video calls, and more reliable facial recognition in low light situations.

Rumors have swirled about Apple adopting the USB-C port for its iPhones as it has with the iPad, but a new report from 9to5Mac says that isn’t so. Sources who have reportedly seen the new iPhone models confirm it still uses the Lightning port, meaning you won’t need to buy new accessories just yet.

Earlier this year Apple analyst Ming-Chi Kuo released a note to investors with a number of revelations about the company’s 2019 plans. According to 9to5Mac, Kuo claims the iPhone 11 will feature a wireless bilateral charging feature. This not only allows users to charge the phone itself wirelessly but also to charge devices like their Airpods by placing them on the back of their iPhone. In theory, you could also use this feature to charge a friend’s iPhone, provided they have a model that supports wireless charging.

Along with Kuo’s predictions involving wireless charging, the analyst claims this year’s iPhones will feature significantly improved batteries. The smaller 5.8-inch model could have 20 to 25 percent better battery life, while the 6.5-inch model will get a bump of 10 to 15 percent.

In June, the International Business Times reported Apple would be debuting a redesigned mute switch for the iPhone 11. While the old switch was a rectangle you flicked up and down, the new version will be a round button that you slide from right to left.

This rumor sounds like wild speculation, but it’s certainly intriguing. The Korean site The Investor recently published a story claiming a source has said Apple will offer an Apple Pencil-like stylus for the iPhone in 2019. Apple analyst Ming-Chi Kuo referenced the possibility of support for the standard Apple Pencil for iPhone support back in 2018, but the same analyst’s predictions for the coming iPhone event didn’t include the feature. Take this one with a grain of salt.

Sharing headphones sucks, even when you’re just sharing one bud of your Bluetooth headphones. That may be changing for Apple fans in the future. According to a report by Macotoakara in May, the iPhone 11 may feature dual Bluetooth audio support, allowing multiple Bluetooth devices to connect to one iPhone. This feature already exists for some Huawei and Samsung devices, so it would make a welcome addition to the iOS family.

The lack of news regarding iPhone pricing makes it safe to assume Apple will keep prices in line with previous releases. Currently, the iPhone XR starts at $749.99, the iPhone XS starts at $999.99, and the iPhone XS Max starts for $1,099. Given Apple already has some of the highest prices for phones on the market, if they were going to increase yet again, it serves to reason there would be leaks by now to prepare the market.

In early August, 9 to 5 Mac reported that the president of SoftBank, Ken Miyauchi, may have leaked the release date of the iPhone 11. During an investor call, originally reported by Macotakara, Miyauchi was asked how SoftBank would handle sales of iPhones after a new law goes into effect on October 1. The law would ban carriers from bundling devices like iPhones with expensive data plans. Miyauchi stated “Honestly, I am wondering what should I do for 10 days. No, I shouldn’t say that,” Miyauchi said. “Anyway, I don’t know when the new iPhone will be released. However, almost after 10 days, it will be unbundled.”

If we’re to believe Miyauchi’s statement, that means the iPhone 11 will be released on September 20.

Bloomberg has a source that claims the iPhone 11 will have dramatically improved water resistance from previous models. Reportedly you’ll be able to submerge your iPhone 11 underwater for longer than the current model’s 30-minutes. We don’t recommend personally testing this feature.