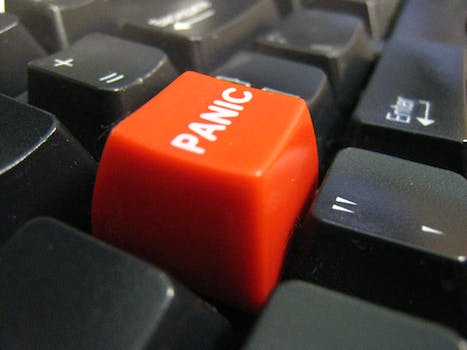 Apple may be adding a panic button to iOS

This could make it easier to get help in an emergency—if Apple ever develops the feature.

The mobile-device giant has filed for a patent to use Touch ID technology to let users activate a “panic mode.” If the user placed a specific finger on the sensor, the device would go into lockdown, blocking access to any personal information stored on the device.

The patent also references an automated alert system that would engage alongside the lockdown. It would turn on the phone’s camera and microphone to record whatever was happening and then send the footage to emergency contacts—either a user-selected contact or local police.

Apple also suggested in its patent that the panic mode would instantly trigger a 9-1-1 call and provide the dispatch center with the phone’s GPS coordinates.

Users could activate these different modes by placing different fingers on the Touch ID sensor. That seems like it could be a hassle for someone who found him- or herself in a dire situation. There are different levels of emergencies, but the worst ones don’t offer people much time to think about which finger to use to lock their phone.

Samsung already includes similar feature, Safety Assistance, in its Galaxy line of phones. It provides a group of tools that can help in an emergency, from reporting the device owner’s location to calling 9-1-1. But Samsung’s solution requires even more engagement than a single finger press. For example, you have to tap the power button three times in a row to snap a photo.

There’s no telling when or if Apple will act on its panic-mode patent. Companies regularly lay claim to concepts with no intention of actually implementing them. But this seems like a practical option that bypasses the multiple screen taps and swipes required to reach other emergency apps.