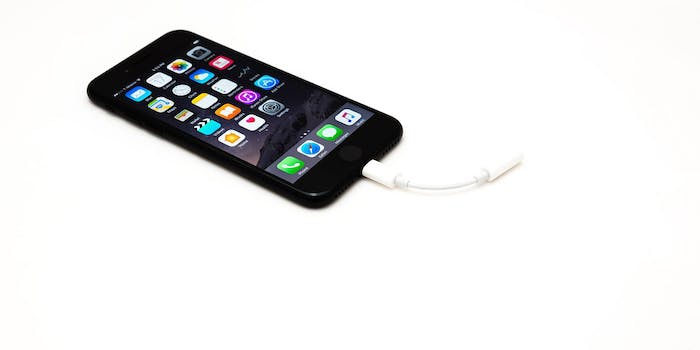 Here's how Apple is impacting one of the strongest audiophile communities online.

Apple has been influencing the audio industry since its introduction of the iPod in the early 2000s. While it wasn’t the first portable MP3 player, the iPod popularized mobile compressed audio, shifting the landscape of mobile audio listening and changing the way people consume music.

The tech giant is changing yet another standard by removing the headphone jack from the iPhone 7, moving away from analog and toward digital, and changing a conversion method that goes back to the switchboard. It was a bold move but the transition hasn’t been smooth.

The recent iOS 10 update bricked some iPhones and iPads, basically rendering the remote control on its 3.5mm headphone jack adapter useless. Apple introduced a fix for the bug this week, but the issue already affected people using the lightning adapter and didn’t do much to help the company’s cause when it comes to audiophiles who prefer using their wired headphones.

“A typical headphone jack is an analog output, it’s outputting the signal to you. There’s no analog coming out of that lightning jack, that little digital adapter has to convert the signal,” Jude Mansilla the founder of Head-Fi.org told the Daily Dot. Head-Fi is one of the most popular websites for the headphone community “generating up to 2.3 million unique visitors a month at the holiday season,” said Mansilla.

The Head-Fi forum has also opened doors for other startups in the audio space, including Schiit Audio, an amplifier and DAC manufacturer. Jason Stoddard, the founder and CEO of Schiit says he was shocked when he heard the headphone jack was removed from the latest generation of iPhones. “My first response when I heard it was official was, ‘You’re insane. You’ve lost your mind’,” said Stoddard. “It looks like a spiteful move. We’ll see what they come out with in a year; they might prove me wrong,” he continued.

The removal of the jack won’t affect Head-Fiers who use portable DAC’s for their headphones, which can be plugged into the the lightning jack, but many don’t like the hassle of carrying an extra device.“We consider it an inconvenience to use an adapter. I’m probably gonna buy about a dozen of them and leave them on my headphones,” said Mansillia. “An adapter is a really small device, so you’ll probably lose it. And if you’re me you will certainly lose it,” said Stoddard.

When it comes to the adapter, the concern for most audiophiles goes beyond the inconvenience of carrying it. “We’re definitely on the fringe with the kind of things we put emphasis on, especially when it comes to how much we care about sound quality and what we are willing to pay for it,” said Mansilla.

Mansilla says he plans to do a test to see if there’s a difference. “I just ordered an iPhone 7 Plus and I’m waiting for it to arrive,” he said. “We are still waiting to see what the output quality and sound is going to be like. How powerful will the output be? That’s what I’m going to measure the moment I get mine.” he continued.

Since Apple’s lightning port only allows for up to 100 milliamps, some in the hifi community don’t believe it could possibly offer the type of listening experience they are used to. “That’s going to limit what you can do with more interesting headphones,” Stoddard explains. But, not everyone thinks the quality will be substantially diminished. “I expect it’s going to be relatively similar performance,”said Mansilla.

The trend for consumer based headphones is clearly moving towards wireless but that’s not the case for higher end headphones, which are the ones audiophiles are most interested in. “On the general market perspective, this is the year that, in terms of revenue share, wireless has already surpassed wired [in the U.S.],” said Mansilla. Most audiophiles are focused on highest performance for the buck.

Still Apple’s focus on delivering a wireless audio experience comes with benefits even audiophiles can see.“I’m mobile and like using wireless headphones. I like that freedom and not being tied up in a cord,” said Mansilla. “Sound quality out of some of the best bluetooth headphones can be exceptionally good, but they can also be expensive,” he continued.

Most bluetooth headphones are also limited in battery life. The Apple AirPods have on average about 5 hours of battery life, which probably isn’t enough for a day out listening to music or for a plane ride.

With rumors swirling about the Macbook Pro headphone jack going next, it’s not entirely clear if Apple has plans to put a lightning jack that would work for headphones on the computer, but if the company is able to work out any other possible glitches, maybe that transition will be a little more seamless.