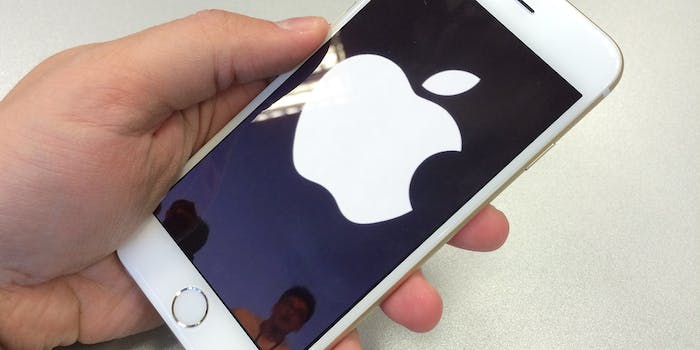 The feature is cool—its name was not.

When Apple debuted its Force Touch feature on the MacBook trackpad earlier this year, people pointed out that the name sounded a bit… violent.

Apple apparently took the complaints to heart. At Wednesday’s event, the company announced the new iPhone 6S with similar tech but is calling it “3D Touch.”

After Apple first announced Force Touch, many people were concerned with the implications of the phrasing—”Force Touch” sounds like particularly aggressive and unwanted behavior.

Now, the new crop of iPhones will have “3D Touch.” The screens on the iPhone 6S and iPhone 6S Plus will be pressure sensitive, allowing the devices to sense three different kinds of pressure: a tap, a press, and a firmer press. Apple says iOS 9 will let you “peek” and “pop” into different content by using 3D Touch. Each level of pressure commands the phone to do something different, like shortcuts within each app.

For instance, you can access things like your camera or apps you use frequently directly from the home screen, or preview emails by pressing lightly on them.

On stage at the event, Apple’s senior vice president of software engineering Craig Federighi even stumbled over 3D Touch—at one point he referred to it as Force Touch before he caught himself and said 3D Touch instead.