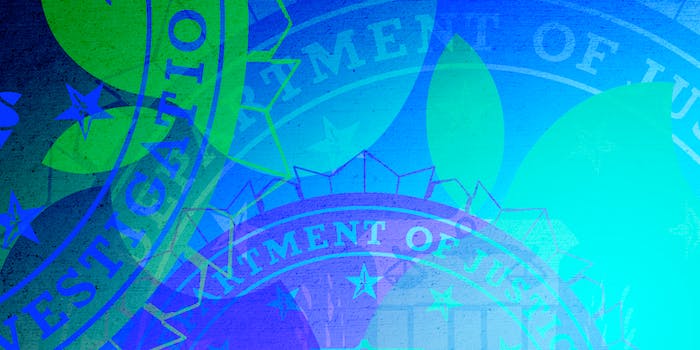 James Comey, the FBI director, said catching terrorists was his main goal in the controversial case.

FBI Director James Comey on Wednesday tried to beat back criticism of his agency for forcing Apple to help it access the iPhone of one of the San Bernardino shooters.

The legal battle between the government and the nation’s most valuable company took center stage at a House Intelligence Committee on Wednesday, where Comey acknowledged that the verdict would “guide other courts” as the bureau pursued a dozen other fights with Apple over its locked devices.

Lawmakers are also growing increasingly interested in solving the thorny encryption debate with legislative action, even as crucial questions about the proper scope of government involvement in software design remain unanswered.

Critics of the court order issued last week—which compels Apple to write custom software bypassing security features on the locked phone, thus letting the FBI flood it with a stream of password guesses—argue that the government will use the ruling as precedent in other cases. Apple has argued that writing the code would open a door to increasingly intrusive requests for access to encrypted hardware.

The fight over this iPhone is part of a decades-long battle over how far tech companies should go in accommodating law enforcement and intelligence agencies as they design their encryption.

Some senior officials want tech companies to encrypt their products in a way that they can bypass if presented with a warrant. These officials, led by Comey, argue that terrorists are “going dark” by hiding their planning in encrypted apps.

Technologists and privacy advocates argue that designing encryption in this way would fundamentally weaken it, giving hackers new ways into protected systems. They also point out that terrorists would just use foreign platforms instead.

At the hearing, Comey appeared to agree that the court’s decision will bear on future cases. But he then attempted to backtrack, saying the case was “sufficiently unusual that it’s unlikely to be a trailblazer” because the version of iOS is three years old and the phone is two years old.

Rep. Jim Himes (D-Conn.) challenged Comey on this point, arguing that the government’s case for why a court should order Apple to render technical assistance appeared to have no constraints.

“I don’t see a limiting principle,” Himes said, referring to the Justice Department’s interpretation of the All Writs Act, on which the magistrate judge based her initial ruling.

Himes acknowledged that there was a compelling interest in accessing the shooter’s phone but said the power sought by the government could eventually be used to target “philandering husbands” or “misdemeanor cases.”

Comey responded that precedent was not at the top of his mind in the San Bernardino case.

Although there is bipartisan support in Congress for lawmakers defining the limits of the government’s power to break or bypass encryption, Democrats in particular seemed eager to move the fight out of the courts.

“The court’s ruling, even if narrowly tailored to the particular facts in this case, will have ripple effects,” argued Rep. Adam Schiff (D-Calif.), the top Democrat on the intelligence committee. “Congress … must carefully weigh the competing policy considerations and arrive at sensible solutions.”

Two encryption bills currently being prepared take different approaches to the issue. One would create a commission to study digital-security challenges including the “going dark” phenomenon, while the other would mandate that tech companies build so-called “backdoors” in their encryption.

The legal battle over the San Bernardino iPhone is likely to stretch on for years. Either side could appeal the magistrate judge’s ruling to her full district court, and from there to the regional court of appeals and the Supreme Court.