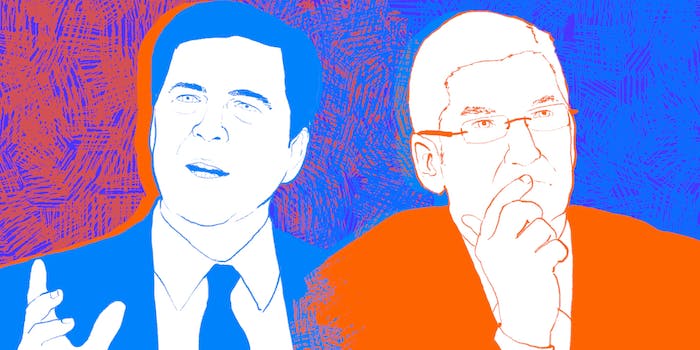 In dueling statements, Apple and FBI urge Congress to act on encryption

Apple continued to spar with the U.S. government on Sunday over a court order forcing it to help unlock a terrorist’s iPhone.

In a Q&A that accompanied a letter to employees, Apple urged the government to withdraw its demand for assistance bypassing security features on a phone used by one of the San Bernardino shooters. The government won a court order last Tuesday compelling Apple to write special software disabling those features, which would let the FBI send a stream of password attempts and eventually unlock the device.

Apple CEO Tim Cook promised to fight the ruling, and in its Q&A, the company argued that the order “would set a legal precedent that would expand the powers of the government and we simply don’t know where that would lead us.” It added that such a precedent would be “very dangerous.”

“We have awesome new technology that creates a serious tension between two values we all treasure: privacy and safety.”

In a blog post late Sunday on the national-security blog Lawfare, FBI Director James Comey tried to address fears that the government wanted to set a precedent for future cases where encryption stymied their investigations.

“We simply want the chance, with a search warrant, to try to guess the terrorist’s passcode without the phone essentially self-destructing and without it taking a decade to guess correctly,” Comey wrote. “That’s it. We don’t want to break anyone’s encryption or set a master key loose on the land. I hope thoughtful people will take the time to understand that.”

Both Apple and the FBI appeared to endorse a legislative solution to the long-running encryption debate, which has centered on whether tech companies should design their encryption so that the government can bypass it with a warrant. The latest version of Apple’s mobile operating system uses full-disk encryption, which prevents even its own engineers from decrypting user data for investigators.

In its Q&A, Apple called on Congress to “form a commission or other panel of experts on intelligence, technology, and civil liberties to discuss the implications for law enforcement, national security, privacy, and personal freedoms.” The company said it “would gladly participate in such an effort.”

Rep. Mike McCaul (R-Texas) and Sen. Mark Warner (D-Va.) have proposed such a commision and are said to be preparing legislation to establish it.

In addition, the House Energy and Commerce Committee on Friday invited both Comey and Cook to testify at an encryption hearing. A committee spokesman did not respond to an email asking whether either had accepted the invitation.

Apple’s Q&A also rejected the argument, advanced by the government in a court filing on Friday, that its refusal to comply with the order was based on its business needs and public-image concerns. “Nothing could be further from the truth,” it responded. “This is and always has been about our customers.”

Cook has emerged as a leader in the latest phase of the so-called “crypto wars,” a fight that has pitted officials like Comey against technologists who warn that guaranteed-access systems in commercial encryption will create new targets for hackers and foreign spies.

“It does not feel right,” Cook wrote in his letter to Apple employees, “to be on the opposite side of the government in a case centering on the freedoms and liberties that government is meant to protect.”