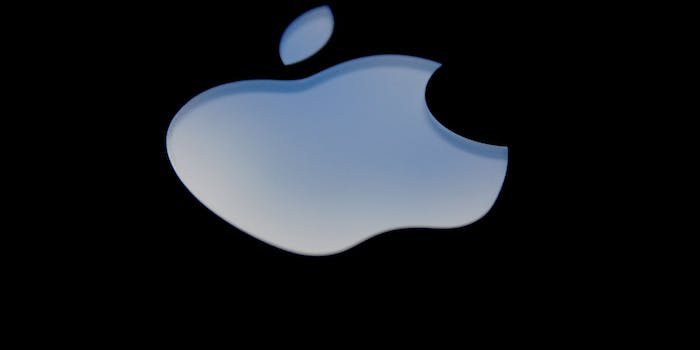 Wouldn’t it be nice to just sue a major company like Apple and have it take care of your uncomfortably steep monthly phone bills? A law firm in California is doing just that, and now you can be a part of it.

A new class-action lawsuit filed in California alleges that Apple’s iPhone 5 and iPhone 5s both contained a crucial flaw for all AT&T customers that caused their smartphones to switch off their Wi-Fi capabilities and begin using up LTE cellular data even though Wi-Fi was still available. The glitch, which the lawsuit claims was fixed in short order for Verizon customers but persisted for AT&T subscribers, caused the iPhones to eat up huge amount of cellular data without the user’s knowledge.

The claim describes the defect as follows:

In the iPhone 5, when a consumer streamed high volumes of data for a period even as short as a couple of minutes, the GPU would take over all video decompression, decoding, and presentation to the display. As a result, the Swift CPU no longer played a role in the video decompression, decoding, and presentation process, the Swift CPU would go into sleep mode to conserve battery life. Once the Swift CPU was asleep, the iPhone 5’s operating system would automatically trigger the Wi-Fi connection to end and the phone would switch from streaming data via a Wi-Fi signal to streaming data via a cellular signal.

The user would have little reason to check whether they were indeed on a Wi-Fi connection if they were in their own home or other location where they typically do not rely on their cellular data allowance.

Because the phones switched to cellular connections instead of Wi-Fi, consumers unwittingly and unknowingly used excessive amounts of cellular data without any warning or notice from Apple.

The lawsuit claims that Apple knew about the issue “almost immediately” and patched the error for all Verizon-compatible iPhones, while not actually admitting that anything was wrong. The complaint states that the company did not treat AT&T customers to a similar fix, and that it was more than two years before the AT&T versions of the iPhone 5 and 5s were updated.

If the allegations hold up, Apple would be in clear violation of several California consumer protection laws.

The law firm handling the suit, Hagens Berman Sobol Shapiro LLP, has set up a page where you can sign up to be a part of the class-action complaint. If you own (or previously owned) an iPhone 5 or 5s on AT&T, you can sign your name and explain how the issue affected you, and cross your fingers that you win a nifty little payday.