A new militant answer to Hollywood.

The newest propaganda video from ISIS, called “Snipers of Wilayat al-Khayr,” is a direct dig at the controversial Hollywood blockbuster and Oscar nominee. The militant state glorifies its snipers operating in eastern Syria by showing off gruesome kill shots and even mimicking, second by second, a famous sequence from American Sniper.

In American Sniper, protagonist Chris Kyle’s heartbeat can be heard in an extended and quiet sequence as he targets and eventually kills a child holding a grenade. Likewise, the 3-minute Snipers of Wilayat al-Khayr includes the same audible heartbeat and visible crosshairs seen in the American film, making the parallels clear and intentional.

The new ISIS film, a link to which we have purposefully omitted, was released on the day of the Academy Awards. 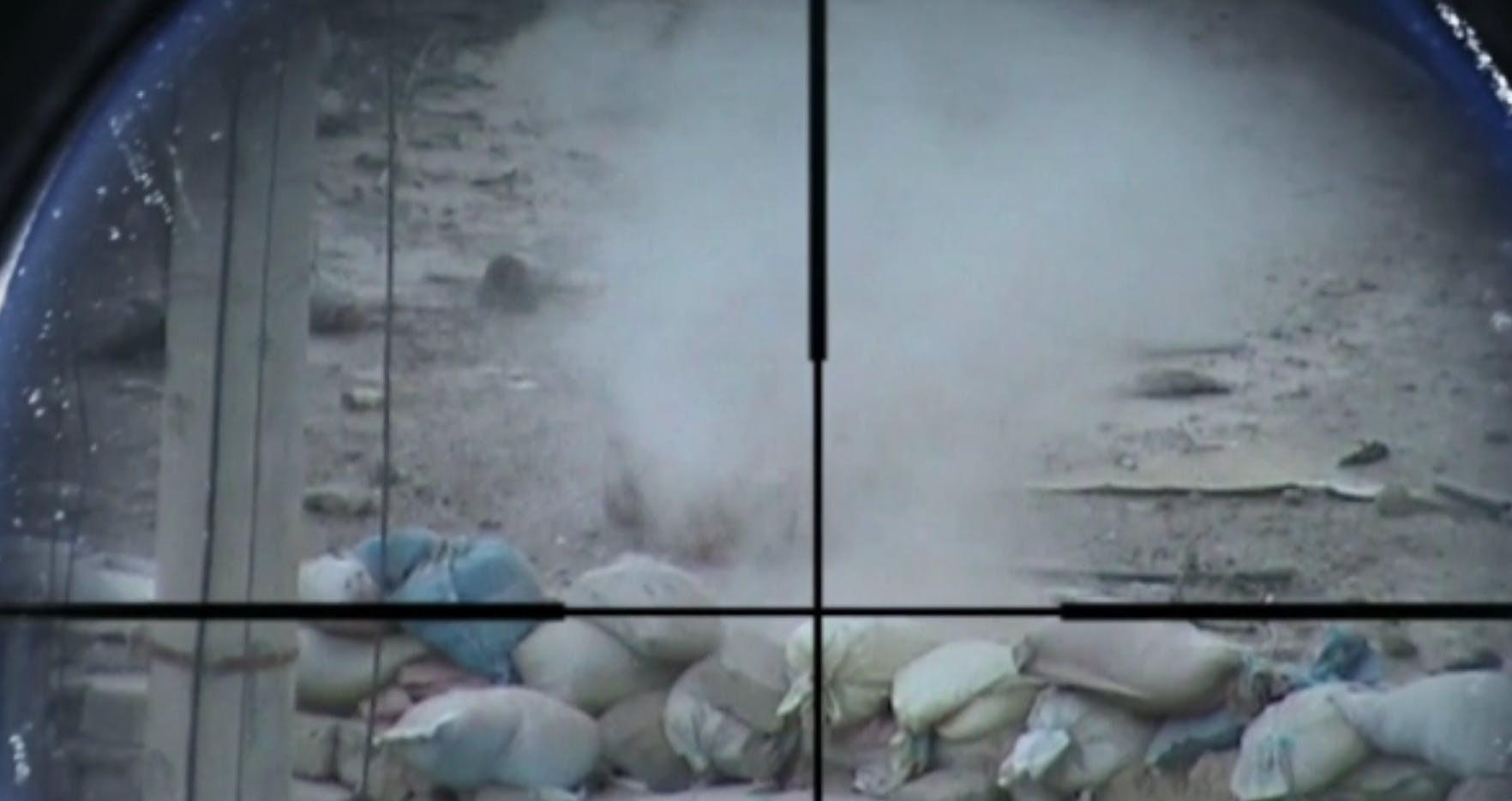 Wilayat al-Khayr (The State of Goodness) is ISIS’s name for Deir ez-Zor, a Syrian region that has been subject to unimaginable violence and numerous massacres over the last several years. While major media outlets have mostly been quiet regarding the bloodshed in Deir ez-Zor, Internet activists are closely documenting the war in the region.

Screenshot via Snipers of Wilayat al-Khayr/Archive.org