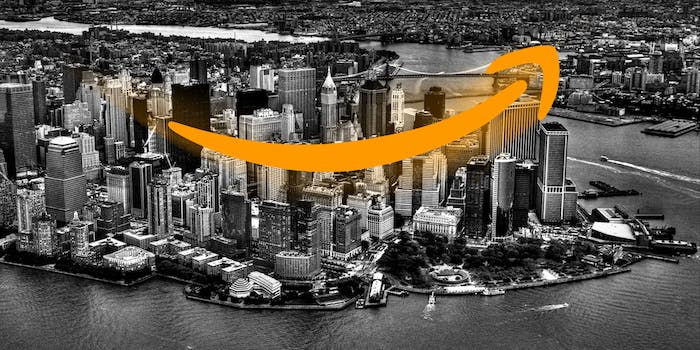 We're getting even closer to instant delivery.

One-hour delivery is now a reality.

Amazon is launching Prime Now today, which will offer a one-hour delivery option on tens of thousands of items for Amazon Prime customers through a mobile app. Although the service is only currently available in select parts of Manhattan, Amazon eventually plans to offer it to other cities in 2015.

Amazon envisioned Prime Now as a way to get the products you need from places like a grocery store (or are unable to get) and the service you use when you’re just too lazy to get out of the house.

“There are times when you can’t make it to the store and other times when you simply don’t want to go. There are so many reasons to skip the trip and now Prime members in Manhattan can get the items they need delivered in an hour or less,” Dave Clark, Amazon’s senior vice president of worldwide operations, said in a press release. “We’ve long felt that Amazon Prime is the best deal in the history of shopping and now it has gotten even better. Prime members in Manhattan are going to love this service and we cannot wait to roll out Prime Now to additional cities in 2015.”

Amazon has flirted with the idea of using drones to quickly deliver products to customers, but that idea was dashed after a Federal Aviation Administration ban on the commercial use of drones was upheld.