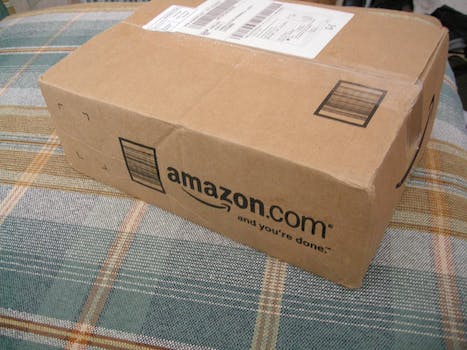 You've gotta be shippin' me.

Not a member of Amazon Prime yet? The eCommerce giant has a new way of enticing customers to join the subscription service: by cranking up the minimum order price for free shipping orders for non-Prime members.

According to Bloomberg, Amazon will be raising the minimum order size to receive free shipping to $49. The change marks a $14 jump from the previous bar for orders, which was $35. It’s the first raise in minimum orders since the company increased the threshold in 2013.

“Our objective is to offer customers low prices, as well as convenient free shipping options, on the millions of products available on Amazon.com. From time to time, we review our shipping options,” a spokesperson for Amazon told the Daily Dot.

While the company is raising the cost for free deliveries on non-Prime purchases, the spokesperson noted Amazon “recently lowered the Free Shipping eligibility for all orders containing $25 of books.” All other services, including Amazon Prime, “remain unchanged,” the spokesperson said.

The move is designed primarily to push more users to join Amazon Prime, the premium subscription service that provides free two-day deliveries on most orders. It also includes access to Amazon’s database of streaming movies, TV shows, and music.

Amazon has been doing just about everything imaginable to lure more people into $99 per year Prime subscriptions, doing everything from dropping the price for new members to adding new services under the Prime umbrella. Now instead of trying to make Prime appear more appealing, the company is making not having Prime more costly.

The move will likely increase the average order amount for Amazon purchases, while lowering the costs for the company to ship the products. Last quarter, Amazon experienced a jump in the cost of fulfilling orders that outpaced the growth in product sales on the platform.

According to recent data compiled by Statista, the average Amazon order is $77.90. That’s well ahead of the new threshold for free shipping.

But there’s another reason why Amazon wants more Prime subscribers—they spend more. The average Amazon customer spends about $625 per year according to Consumer Intelligence Research Partners, while Prime members spend an average of $1,500 per year.