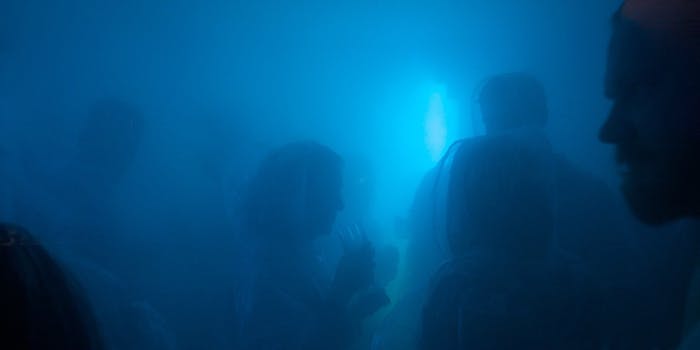 Getting drunk without actually drinking sounds like it would be close to impossible, but believe it or not, there’s a bar that specializes in just that very thing. It’s called Alcoholic Architecture, and once you set foot inside you’re well on your way to becoming inebriated.

And that is how you Koto. Alcoholic Architecture by Bombas&Parr. Recommended. pic.twitter.com/qrtfL9EdEc

Speaking with Wired, the bar’s creators, Sam Bompas and Harry Parr, revealed the secrets to their airy alcoholic haze. It’s a combination of gin and quinine, the chemical that gives tonic water its bitter taste, which is sprayed out as a fine mist to super saturate the air.

When patrons breath in, the alcohol does its job just as if it was being slurped. An hour in the bar is roughly the same as a strong drink. In addition to the tipsy vapor, visitors can also enjoy more traditional alcoholic treats as well.

The bar is built atop an ancient monastery and next to what its creators claim is the United Kingdom’s oldest gothic cathedral. Unfortunately, the cloudy pub is only open for a very limited time, and will close its doors in early 2016. But as you can see from the countless tweets by elated patrons, it’s definitely an experience to remember.