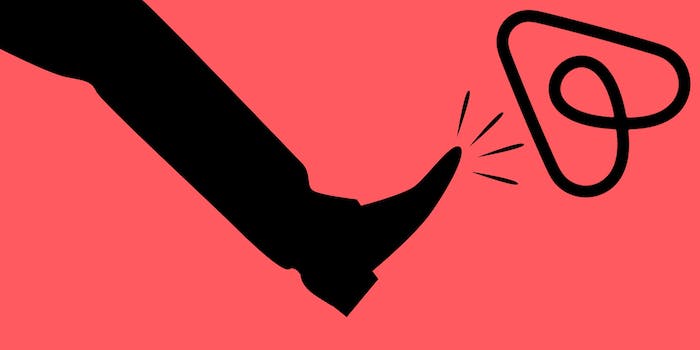 The strangest saga in Airbnb’s history is finally over

Notorious squatters Maksym and Denys Pashanin have finally been evicted from the condo they found through the service.

The most ridiculous story in the short history of Airbnb has finally come to a close, as notorious squatters Maksym and Denys Pashanin have finally been evicted from the condo they found through the popular service.

Airbnb is a massive network of renters and property owners that lets people rent rooms or homes for various periods of time. The platform it provides has become immensely popular since it was first introduced in 2008. Countless transactions have gone off without a hitch using Airbnb, but the Pashanin brothers took up an offer to rent a condo in Palm Springs for 44 days, and things didn’t go so smoothly.

For starters, the brothers only paid for the first 30 days of their rental agreement. Then, thanks to some peculiar wording in California’s renting laws, property owner Cory Tschogl was legally obligated to treat the Pashanins as month-to-month tenants. That meant eviction proceedings would need to take place, which allowed the squatters to remain in the home for much longer than originally planned.

In an email to Business Insider, Tschogl expressed her elation that the saga had finally come to an end, roughly a month after various outlets began covering the story. The publicity has not only led to Airbnb publicly banning the Pashanins from the service for life but has also helped shed light on a $40,000 Kickstarter campaign the brothers are accused of collecting on without delivering the promised product.

The events have unfortunately created a lot of unwanted drama for Airbnb, which can indeed be exploited by less than reputable renters.