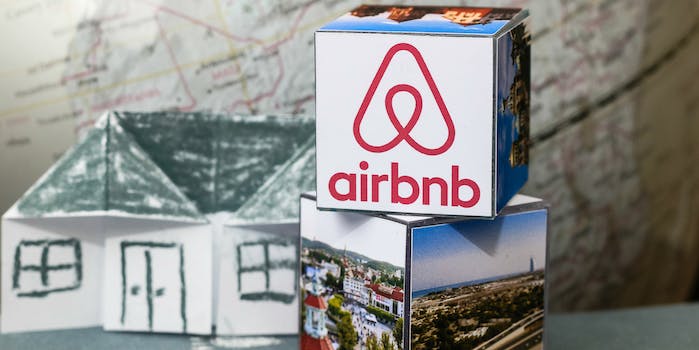 Airbnb gets roasted for saying its apartments are different than hotels

Airbnb is getting slammed after it announced on Thursday that it’s building a 324-unit “apartment” building in Florida with on-demand concierge services.

The peer-to-peer rental site is partnering with Miami-based real estate firm Newgard Development Group to open a “Niido powered by Airbnb”-branded building in Kissimmee, Florida. Guests will be checked in at a front desk by a “MasterHost” and have access to shared services and common areas, like a gym and pool. There will even be cleaning and linen services.

If you think this sounds a lot like a hotel, then you’re not alone. People have taken to social media to point out the similarities, mocking Airbnb for touting its upcoming “apartments” as a new, innovative idea.

This is a hotel. You're building a hotel. https://t.co/A1Ud3AqURa

Serviced apartments is a fancy title for a hotel with a kitchenette.

But…. but…. have Airbnb just invented “the hotel”? https://t.co/vaBaKF80NN pic.twitter.com/5Ftv8K7Qdj

My mum once invented the motorbike: "Imagine if you could get bicycles but they had engines, like cars. Wouldn't that be wonderful?"

One Twitter user likened it to when Lyft said it was reinventing the “city bus.”

Others say it’s using an “apartment” to skirt city regulations.

This makes sense in cities where Airbnb is technically banned like NYC.

It’s important to note the few differences between Airbnb’s apartment and a hotel. Tenants will be able to sublet their space for up to 180 days a year and can manage their guest’s stay using an app. There is also a unique financial component, with Newgard receiving 25 percent of a nightly room rate, Airbnb will net 3 percent (the same it gets for regular listings), and the tenant will get what’s left.

Newgard is currently working with Airbnb on five more “apartments” and wants to build two thousand more Airbnb-branded units in the next two years.