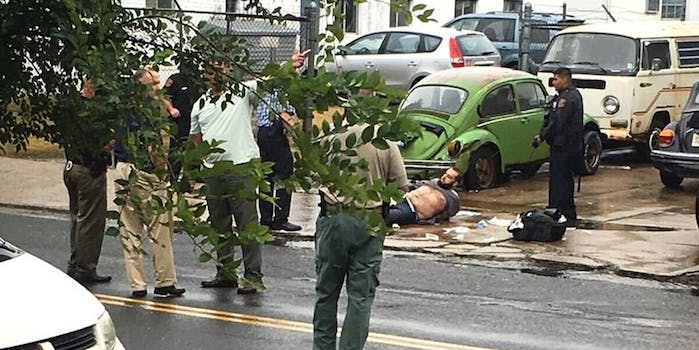 Police have apprehended a 28-year-old man suspected of planting bombs in New York and New Jersey, according to law enforcement.

Ahmad Kahn Rahami was taken into custody following a shootout in Linden, New Jersey, at approximately 11am ET Monday morning. One officer reportedly sustained a gunshot to a protective vest, according to New York police.

Linden NJ Active Shooter 500 Elizabeth Ave LPD reporting they have 1 officer who took around to his vest, requesting EMS to the scene

Quite a photo of NYC bombing suspect in custody via @JBN pic.twitter.com/t5B4UBYAst

On Saturday, a homemade bomb injured 29 people in Manhattan’s Chelsea neighborhood. Rahami was seen in surveillance footage taken near the site of the blast. Additional explosive devices were found or detonated in New Jersey.