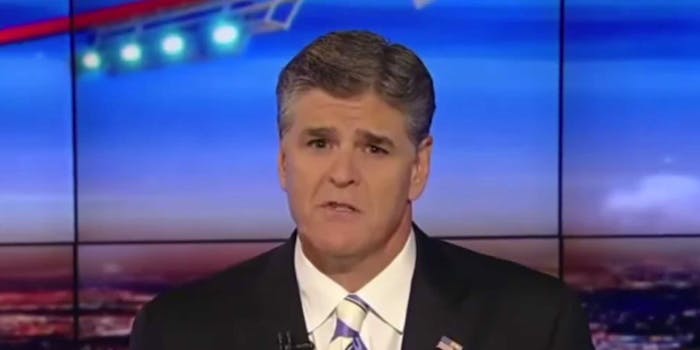 They had an endless number of lies to choose from.

For nearly two decades, The Daily Show has been cataloging all of the B.S. flowing out of Fox News. It’s a thankless, soul-sucking job, but somebody has to do it. Now that Jon Stewart has announced his impending retirement, it behooves the show to start thinking about how it will function in the post-Stewart era.

One way is by embracing new media platforms. Late Wednesday night, The Daily Show released a Vine cramming 50 outright, bald-faced lies told by Fox News personalities into a single six second video. The video is only the show’s second Vine ever, but it’s clearly that Stewart and Co. are already masters of the form.

It’s a lot of information fit into a short video, but you can stop the clip at any time by clicking on it to get a still image showing a single lie. It’s like playing BS roulette where your prize for winning is getting angry.

Some top-quality Fox News lies include “8.3 million fewer Americans are working under President Obama,” “People will go to jail if they don’t buy health insurance,” and “Cash for clunkers will give gov’t complete access to your home computer.”

Catch all 50 lies and you’ll win a special prize of never trusting anything anyone says on Fox News ever again. And if you want a little more context, the good folks at the Tampa Bay Times‘ PunditFact have annotated every single lie in the video.

Update: The story had been updated to include the PunditFact link.