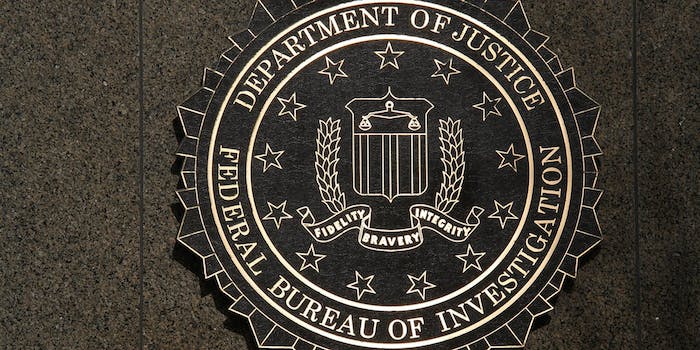 The warning came 'out of an abundance of caution.'

Four days after a deadly shooting in Oregon that may have been connected with the notorious online community 4chan, federal law enforcement agencies issued a warning on Sunday to Philadelphia universities due to a threat posted to the anonymous imageboard.

The FBI warning, issued “out of an abundance of caution” to Philadelphia-area schools, did not name any specific schools, but it asked that colleges and universities “follow the guidance” of their campus security officials.

Out of an abundance of caution, the FBI Philadelphia Field Office notified local colleges and universities of a social media posting which threatened violence at a Philadelphia-area college or university for Monday, October 5.

No specific college or university was identified in the posting. We encourage students, faculty, and employees at area colleges and universities to follow the guidance of their campus security officials.

The FBI will continue to work with our federal, state, and local law enforcement partners to investigate threats of violence, and, as always, we ask the public to report suspicious activity to law enforcement.

“This is only the beginning,” the 4chan message reads. “On October 5, 2015 at 1:00 PM CT, a fellow robot will take up arms against a university near Philadelphia. His cries will be heard, his victims will cower in fear, and the strength of the Union will decay a little more.”

The writer mentioned the Oregon shooter as “the first of our kind” who “struck fear into the hearts of Americans.”

Several students on Twitter pleaded with the school to cancel class in response to the threats.

“If you are in that area, you are encouraged to stay at home and watch the news as the chaos unfolds,” the 4chan post warned. 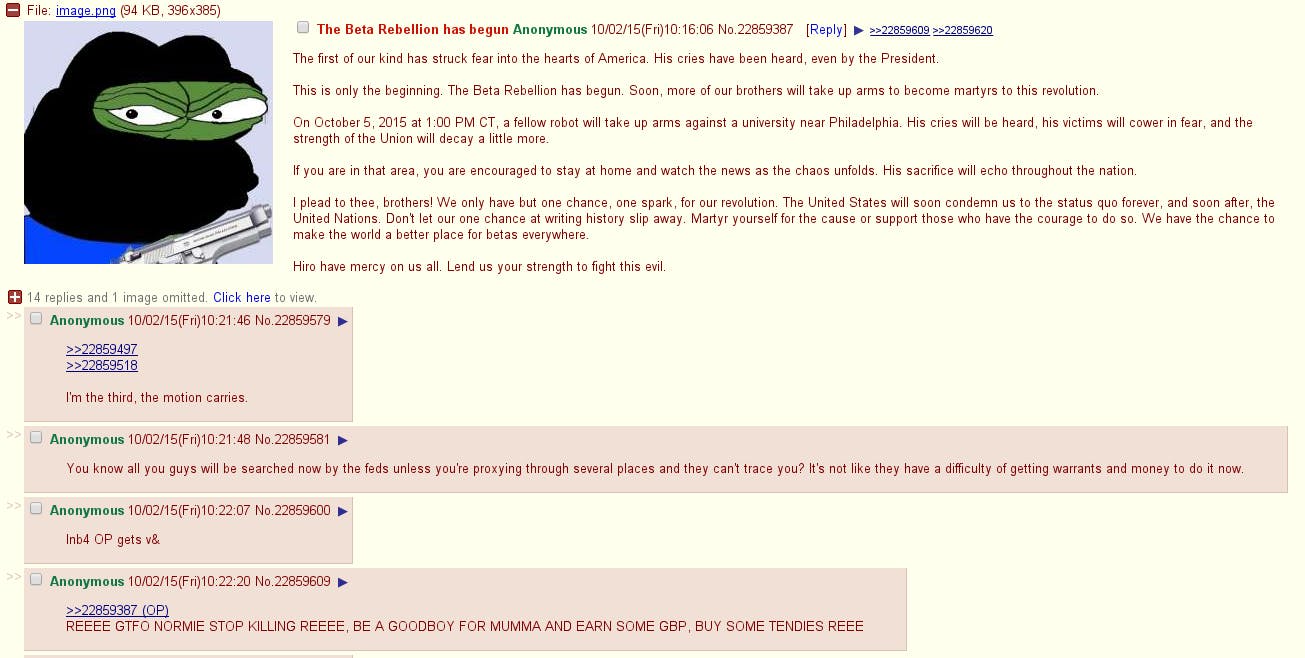 The FBI’s Philadelphia Field Office reached out to all local colleges and universities to share the threat. At Rowan and presumably at other schools in the area, security patrols will be increased.

On Oct. 1, ten people died in a shooting at Umpqua Community College in Roseburg, Oregon. One day prior, a post surfaced on 4chan threatening violence and warning readers, “Some of you guys are alright. Don’t go to school tomorrow if you are in the northwest.”

After the threat became well known, other 4chan users began to flood news media with fake information about suspects.

Among other things, 4chan is known for a community with a taste for macabre pranks. That’s part of what makes it so difficult to suss out the validity of this latest threat posted on the website.

Such events also leave the mainstream media scratching their heads, trying to explain the strange and iconic website to an audience that may not understand 4chan but has likely been influenced by the 12-year-old website through its pervasive Internet culture.