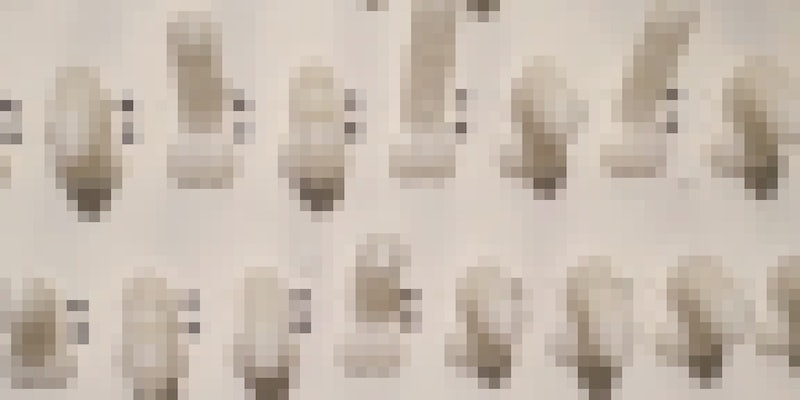 There are firewalls. There are curtain walls. And then there are penis walls.

If you are anything like me, you probably wake up every morning wishing that someone somewhere in the world would have the means, skill, and drive to build a wall of giant wagging penises. Not just because such a project would be hilarious and awesome, but because it could also be implemented as a barrier in war-torn, hotly contested areas, thus bringing us one step closer to achieving peace. (If the Berlin Wall had been made of penises, for instance, you can bet it would’ve come down a whole lot sooner.)

Peiqi Su, a student at NYU’s Tisch School of the Arts ITP graduate program, has made this dream come true with “The Penis Wall,” an aptly titled kinetic sculpture that consists of 81 motor-operated, 3D-printed erect penises.

The penises are fitted with motors and ultrasonic motion sensors, which means they respond to your movements and gestures as you walk by the piece. In the summary of her thesis project, Su also writes that the Penis Wall can be used as a “display to represent data, for instance, fluctuations in the stock market.”

It’s unclear whether the Penis Wall is a “satiric commentary on capitalism and masculinity,” as Liam Matthews of Nerve says, or if Su just thought making a wall of giant wiggling boners would be a funny thing to do for a graduate thesis project. Either way, it’s pretty damn impressive. (If you’re curious, and I know you are, Su’s Vimeo channel features footage of her constructing the Penis Wall.)