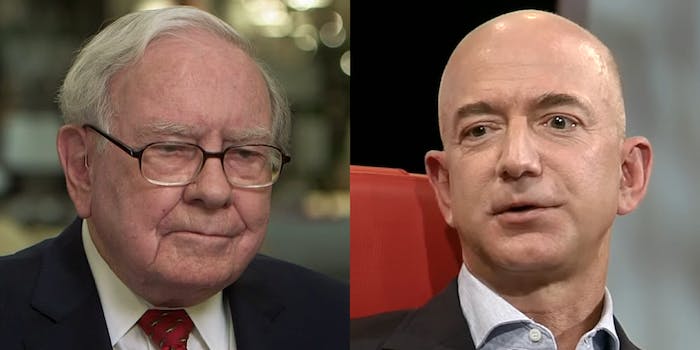 Can these corporate giants revolutionize healthcare?

Three of the largest corporations in the United States announced they are teaming up to launch a new company that could possibly change the way employers provide healthcare for their employees.

Amazon, Berkshire Hathaway, and J.P. Morgan are joining forces to provide healthcare for their U.S. employees, with a focus on using technology to simplify the system and provide more transparency. The independent company the trio is creating would not aim to seek a profit, thus reducing costs and possibly proving a more symbiotic relationship between the employee, the employer, and the healthcare provider.

While the company will only initially service American staff, Amazon’s entrance into healthcare could put pressure on the industry’s middlemen making profits, Bloomberg reports.

Both Warren Buffett of Berkshire Hathaway and Jeff Bezos of Amazon issued statements on the initiative, saying that while they did not have answers as to whether this would work, they believed there is a better way to provide healthcare in America. They also believe it could eventually expand beyond the three companies.

“The ballooning costs of healthcare act as a hungry tapeworm on the American economy. Our group does not come to this problem with answers. But we also do not accept it as inevitable,” said Buffett.

“The healthcare system is complex, and we enter into this challenge open-eyed about the degree of difficulty,” Bezos said. “Hard as it might be, reducing healthcare’s burden on the economy while improving outcomes for employees and their families would be worth the effort. Success is going to require talented experts, a beginner’s mind, and a long-term orientation.”

You can read more about the initiative here.