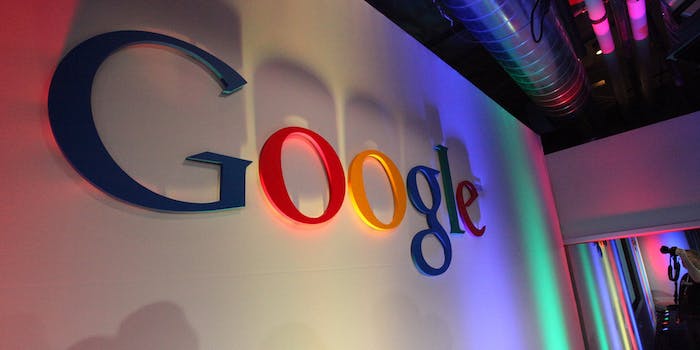 If Google doesn’t take over the world, Disney will.

Google the phrase “google world domination” and more than 2 million results come up. Some are light-hearted or ironic, of course, but the fact remains: People worry about Google.

“How google wants to control our lives!” a Guardian headline blares, and the article goes on to ominously warn that “Google’s position as the proprietor of the maps of our lives seems unassailable.” The Intercept published a long essay in April detailing the sinister links between Google lobbyists and the Obama administration. “Google representatives attended White House meetings more than once a week” through much of Barack Obama’s presidency, the article warns. Google is talking to your government. Fear it.

As it happens, I’m in favor of Google talking to my government. Go Google lobbyists, I say. Because if Google doesn’t take over the world, history suggests, Disney will.

I’m old and crotchety enough to remember a time before Google, when we had to whittle our search engines out of flint, and old media companies dragged their shambling bulk through the legislative corridors of power. I can testify that this was not exactly a paradise of intellectual freedom.

If Google doesn’t take over the world, history suggests, Disney will.

On the contrary, old media companies had extraordinary influence over government policy—far more than Google appears to be able to exercise at the moment. Disney famously drove copyright law in the United States for decades.

The original United States copyright act of 1790 only provided for a copyright term of 14 years. If that law were in place now, it would mean the film Titanic, early albums by Destiny’s Child, and the first half of the Harry Potter series would all be in the public domain. Even that doesn’t really get at the laxness of early American copyright, though. The colonies, and later the United States, were notorious for failing to enforce European copyrights. Benjamin Franklin printed British books without paying the creators a penny. Even into the mid-19th century, Charles Dickens’ works were being systematically, and unapologetically, plundered in unauthorized American editions.

Over time, though, the United States became a center of media production itself, and copyright law became stronger and more restrictive. In 1909, copyright was set at 28 years with a 28 year renewal—which today would put works before 1960, from early Superman comics to Elvis recordings, in the public domain.

It would also have put Mickey Mouse in the public domain in 1984—but Disney wasn’t having it.

An intense lobbying effort resulted in the 1976 copyright law, which not only lengthened copyright terms, but did so retroactively, protecting Mickey Mouse through 2003. Before that could happen, Disney lobbied for and won another extension with the Sonny Bono Copyright Extension of 1998, protecting Mickey till 2023. Today, corporate copyrights are protected for 95 years from publication. Non-corporate works are protected through the life of the author plus 70 years—so Prince’s work is locked up till 2086, long after most people reading this will be dead.

Restricting access to art for generations has real negative consequences. In the first place, artists need access to other art. Hip hop, the most important new musical form of the last 40 years at least, has been painfully constrained by court decisions limiting sampling: Early classics like the Beastie Boys’ Paul’s Boutique would be impossible in the current legal environment. Tight copyright also limits critique and parody. In a sane copyright regime, Alice Randall’s 2001 The Wind Done Gone would have been able to mention Scarlett O’Hara by name, since she first appeared in the 1936 book, 65 years before. But because Disney decided copyright lasts forever, Randall had to struggle with the Margaret Mitchell estate and be coy about her commentary. Copyright laws also allowed the James Joyce estate to restrict access to his (often salacious) letters for decades. Excessive copyright laws damage art, silence critique, and hobble free speech.

Which is where Google comes in.

Old media makes money from milking older properties like Mickey Mouse. But new media makes money by aggregating and collating information—which means that Google relies on a vigorous public domain for its income stream. For example, the Google Books initiative to scan and publish a massive digital library of book excerpts is based on public domain and fair use provisions of the copyright law which are supposed to protect the public interest in access to information. As a researcher and writer, I can tell you with some certainty that Google’s library is an invaluable tool for scholarship. But publishers, who want to restrict access to book pages, have been trying to force Google to take the library offline for a decade. These publishers have a lot of clout—but so does Google, which finally won its case earlier this year when the Supreme Court refused to overturn a lower court ruling.

Google’s victory in the Google Books case is a sign that the pro-copyright- forever lobby is no longer the only power.

Google’s victory in the Google Books case is a sign that the pro-copyright- forever lobby is no longer the only power. Disney probably would like to extend the Mickey Mouse copyright again—but my own guess is that we are done with the endless, onward, limitless march of copyright. Google isn’t going to sit idly by while the public domain is frozen in place for another generation.

This doesn’t mean that Google is a beneficent force working altruistically for public well being. Given its druthers, Google would aggregate content and pay artists nothing. A Google-controlled world of free content where only Google gets paid is not ideal. But neither is a Disney-controlled world in which giant corporations squat on our intellectual and aesthetic heritage forever. What’s needed is a compromise.

And to get that compromise you need competing mega-corporations to wrestle each other to a middle ground. Mickey will never be free until Google lobbyists pry him from Disney’s hands.