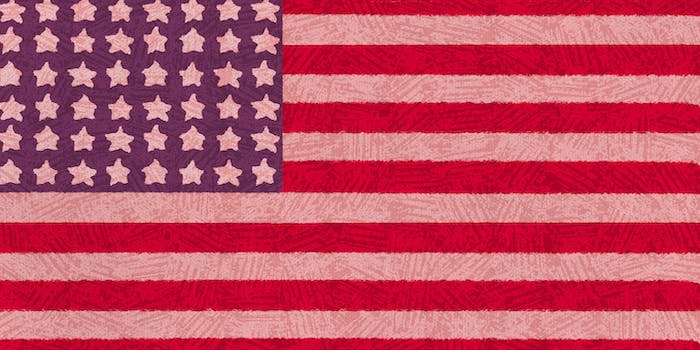 This is why it's time to make Election Day a national holiday.

Earlier this week, the Nation declared its support for an online petition urging President Obama to declare Election Day 2016 a national holiday. In doing so, they have joined forces with presidential candidate Sen. Bernie Sanders (I-Vt.), who has already introduced a bill to do the same thing. Not surprisingly, the movement has also caught fire on Twitter.

Ideas for 2016: Election Day is a national holiday, and everyone gets a free bloody mary along with “I voted” sticker. https://t.co/4pXMs3vY

It's ludicrous that Election Day isn't a national holiday. Can whoever wins fix this in time for 2016?

But to understand the issue, it’s important to realize why many Americans don’t vote. While the popular notions are that non-voters are lazy and unmotivated or they “just don’t care,” some voters just can’t afford to.

When the government first established that presidential elections should be held on the first Tuesday after the first Monday in November, the year was 1845. This was a time when most Americans lived in farms or small towns, and there was less concern that voting in the middle of the work week would be economically prohibitive for large sections of the population. Consequently, Tuesday was chosen because Sunday was widely accepted as a day of worship and Monday needed to be set aside as a travel day to reach the polls.

But America today is a different landscape for workers—in a culture where Americans get little time off, whether it’s to vote or do anything else.

As a result, a Caltech/MIT survey on voting patterns discovered that three of the five most common reasons given by eligible adults who did not vote had an economic component to them: they were too busy, they struggled with transportation, or they faced registration problems. One telling statistic is that 40 percent of voters reported waiting in line to vote—with 17 percent being forced to wait for more than half an hour. That’s prohibitively expensive in a country where time is literally money.

Not surprisingly, the end result is that low-income Americans turn out to vote in far lower numbers. The U.S. Census found that only 47 percent of eligible adults with family incomes of less than $20,000 a year voted in the 2012 presidential election, compared to 80 percent of those whose earning exceeded $100,000. Overall, only 19 percent of likely voters come from families with incomes of less than $30,000 a year, even though that same group comprises 46 percent of nonvoters.

Similarly, because the poverty rate for Latinos and black Americans is almost three times that of whites, non-whites are disproportionately likely to not vote; although these groups comprise only 22 percent of likely voters, they make up 43 percent of non-voters.

Exacerbating all of this is the recent rash of Voter ID laws that, along with combating a problem that doesn’t exist (as there is no evidence that in-person voter fraud is a serious issue), wind up disenfranchising large numbers of low-income voters who don’t have the time or money to obtain photo IDs.

Although hard data on the impact of voter ID laws is inconclusive, experts from statistician Nate Silver to the nonpartisan Government Accountability Office (which writes reports for members of Congress) suggest that they could lead to anywhere from a two-to-three point drop in turnout—more than enough to determine the outcomes of close local elections and swing state match-ups.

Forty percent of voters reported waiting in line to vote—with 17 percent being forced to wait for more than half an hour.

In short, if we want to make the process of voting as fair as possible, it is essential that we accommodate the economic realities facing millions of Americans. Just as the growth of corporate lobbying and the impact of Citizens United on campaign financing have disempowered the poor by allowing the affluent to game the system through monetary contributions, so too does requiring Americans to cast their ballots on a day when many of them also work. This unfairly disadvantages prospective voters for whom balancing a busy work schedule with civic responsibility may not be realistic.

While relieving this burden wouldn’t single-handedly level the electoral playing field between the rich and the poor, other countries that have given their workforce a day off on Election Day have benefited from it. The practice of either declaring a national holiday or holding elections on weekends has already spread to Austria, Belgium, France, Germany, and New Zealand—all of which surpass America when it comes to voter turnout.

By giving Americans a paid holiday to ensure political participation, we aren’t just empowering the poor. We’re ensuring that America’s electoral process is as democratic as we’d like to believe.