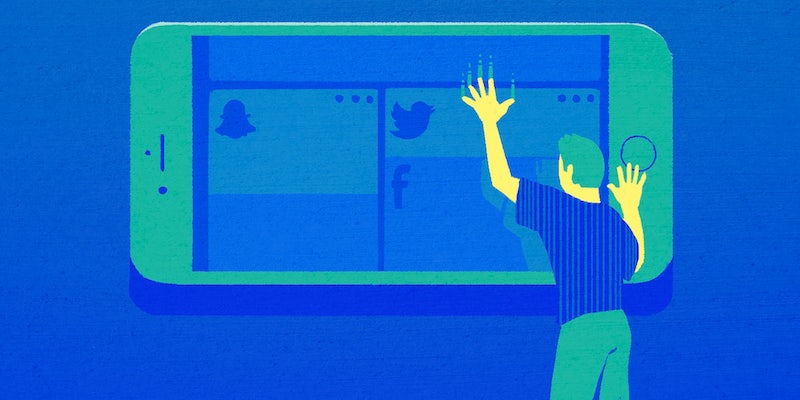 9 ways social media can set back your addiction recovery

Now would be a great time to practice moderation like never before.

Social media sites like Facebook and Twitter have certainly made the world a much smaller place in the past decade by bringing people across time zones to within a finger’s tap of each other.

For many of us, the time we spend online socially is positive. But for others, it can be detrimental to their health and well-being, especially those recovering from addiction. While that’s not to say it will have a negative impact on everyone, here are some reasons why social media use should be guarded when in recovery.

1) Social media can be addictive

From a purely clinical perspective, social media is not a true addiction like drugs or alcohol because it doesn’t change the structure and function of the brain. But it does share some of the same behavioral aspects of addiction, such as excessive use that might interfere with daily life or interpersonal relationships. For this reason, it’s important that it doesn’t become an obsession.

Speaking of obsession, it’s not unheard of for people to lose sleep because they couldn’t get off the Internet. Proper sleep is important for everyone, although it’s especially true for those in recovery. Getting seven to eight hours of sleep is crucial for mental health and staving off depression and anxiety. Turning off phones and computer screens an hour before bed can help getting to sleep much easier.

It’s no secret that following hundreds of people on your favorite social site produces an endless stream of tweets and posts that quickly multiply with even the slightest bit of engagement. For those with an addictive personality or others with depression or anxiety, it’s easy to become overwhelmed. The first step of treatment is often detox, and the same is true of the Internet. Simplifying life, practicing mindfulness, and taking a digital detox might be necessary during recovery.

4) Comparing ourselves with others can be unhealthy

It’s human nature to compare ourselves with others, and the feeling of not measuring up can be harmful to recovery. People fresh out of treatment sometimes have a lower than normal level of self-esteem or confidence as they work toward repairing personal relationships. In life, as well as on social media, it’s important to surround oneself with positive people and role models while avoiding negative or toxic people. Even then, comparing or competing with how much other people have, or what they’ve accomplished can be a recipe for failure. And we all know how much people like to show off online.

5) Drugs and alcohol are glamorized

For all the good information available online, there’s just as much misinformation that can be destructive if not used correctly. Social media is chock-full of dangerous suggestions for ways to detox at home, or alternatives to drug or alcohol therapy. Addiction is a chronic disease that needs to be treated by doctors and addiction specialists, not the poster with the most “likes.” If something sounds too good to be true, investigate it thoroughly and always speak with somebody that knows before acting on it.

Not being able to go to the same places or doing the same things as before recovery is almost as bad as seeing drug and alcohol pics online. FOMO, or the fear of missing out, can produce anxiety or depression. Finding new hobbies and cultivating new interests is important for recovery, which might mean finding new people and things to follow on social media. Better yet, get off social media for a while and get out and start living a new life offline.

8) Potential employers are online too

Addiction takes its toll on careers, and many people enter rehab as a result of losing their job, among other things. This may require finding a new job or career after treatment. Because many employers use social media as a screening tool for new hires, it would be wise to delete negative activity from before rehab that might have an impact on your job worthiness. Even posting information about being sober and in recovery might be a turnoff to some possible opportunities.

Repairing personal relationships that may have been ruined because of drugs or alcohol is a positive step for those in recovery. It’s impossible to undo what’s already happened, but it is possible to turn things around again. The best way is to do it up close and in-person instead of trying to mend things over social media. This isn’t always possible for those who live far away, but for those close to home, it’s always better to meet up face-to-face and get things out in the open.

Social media has changed the way we communicate on both a business and personal level. It has made life easier and quite often more efficient. For some in recovery though, it might be wise to unplug for a while and focus on nurturing personal relationships offline. For those who can’t seem to get enough social media, now would be a great time to practice moderation like never before.

Akikur Mohammad, M.D. is the author of The Anatomy of Addiction (Tarcher Perigee/ Penguin Random House) a board-certified psychiatrist with a second board certification in addiction medicine and an award-winning academic. He serves as a professor, specializing in addiction medicine, at the University of Southern California’s Keck School of Medicine. He founded and serves as the medical director for Inspire Malibu in Los Angeles, a science- and evidence-based drug and alcohol treatment facility that focuses on dual-diagnosis and treating patients with addiction and co-occurring disorders. Follow him on Twitter @InspireMalibu.

Akikur Mohammad, M.D. is a board-certified psychiatrist with a second board certification in addiction medicine. He is an award-winning academic and serves as a professor, specializing in addiction medicine, at the University of Southern California’s Keck School of Medicine. Dr. Mohammad also founded and serves as the medical director for Inspire Malibu in Los Angeles, a science- and evidence-based drug and alcohol treatment facility that focuses on dual-diagnosis and treating patients with addiction and co-occurring disorders. His first book, The Anatomy of Addiction, was published by Penguin Random House in 2016.