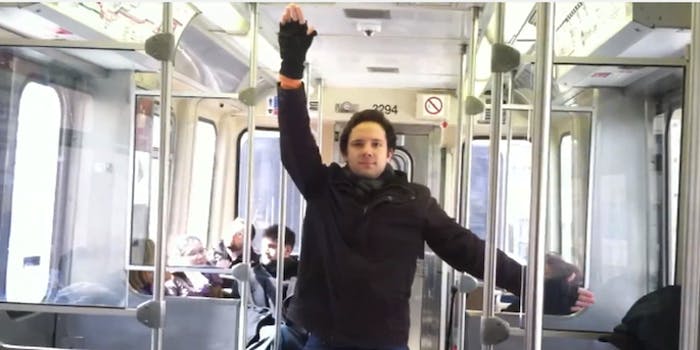 In 2014, ‘clocking’ and kissing your dad will be the hot new YouTube trends

Will 'clocking' actually become a real meme? Only time will tell.

It’s the most wonderful day of the year, and brands have been scrambling to make the Internet click against their better judgement, which is really no different than any other day.

For their part, YouTube decided to highlight some of the hottest viral videos trends to look out for in 2014, and poke a bit of fun at themselves. In a new “highlight reel,” they list off some of their past wins: “Gangnam Style,” trampoline fails, Rebecca Black. With that holy trinity in place, it’s on to the next joke trends that could totally become real trends!

Like “clocking,” which asks: Is time our servant or our master?

And “kissing dad,” which is attempting to strengthen family bonds through weird memes, and sounds a bit like a Tim and Eric sketch:

And there has to be a hot new dance trend. Telling moment: When the exec asks if any part of the video confused them. Here’s their attempt to combine the “Harlem Shake” and “Gangnam Style”: