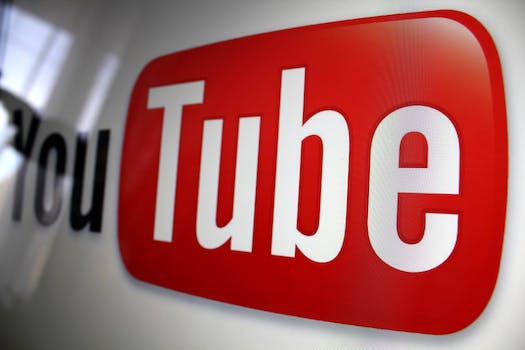 YouTube announces plenty of new shows along with changes in comments, livestreaming

From livestreaming to the LGBT community, the annual YouTube keynote at VidCon touched on much of what makes the platform unique.

On the product side, YouTube livestreaming is going mobile in a bid to compete with the flood of services in the past year.

“We’ve been doing livestreaming way before it was cool,” joked Kurt Wilms, product lead of immersive experiences of YouTube, about YouTube’s entry into the livestream space in 2011.

However, momentum has picked up recently for livestreaming, with platforms like Facebook opening up its Facebook Live feature to the masses, and apps like YouNow and Live.me that are building their own streaming-only communities.

Now, YouTube will take its product up a notch with a mobile integration directly into the existing YouTube app. Live videos will then become traditional YouTube videos after a broadcast is finished, and viewers can get mobile notifications.

YouTube is launching with select creators at VidCon, with a wider rollout to come.

“Our original series are one of the leading drivers of YouTube Red subscriptions, with viewership that rivals similar cable shows,” YouTube CEO Susan Wojcicki said of the current originals slate.

YouTube then previewed new and upcoming YouTube Red titles, including Joey Graceffa’s Escape The Night and Gigi Gorgeous‘s documentary. It also announced the return of Scare Pewdiepie, Foursome, and a new film from SMOSH along with the first Step Up series, based on the popular movie universe.

The Creator Hub also received a refresh, with a new central website in 23 different languages. VP of Operations Sebastien Missoffe announced that all creators, regardless of size, will now get the same level of support of the top creators.

“Every single creator who has enabled monetization on their channel will now be able to reach out to YouTube with a question and hear back from a real human being within one business day,” said Missoffe.

Wojcicki closed the keynote with an emphasis on the idea of belonging.

“When people talk about community and they talk about YouTube’s community, the first thing they often mention are the screaming fans,” said Wojcicki. “It’s easy to think that’s all there is. But what I hope you take away when you visit YouTube isn’t just the enthusiasm, it’s the sense of belonging.”

She went on to express how YouTube wants to focus on the freedoms it wants us to focus on, including expression, information, and opportunity. She also honed in on equal rights and the upcoming 49th anniversary of the Stonewall Riots.

“Even when it feels that some are determined to make the LGBT community feel vulnerable, we are proud that YouTube always provided a place to belong,” she said, closing with YouTube’s new #ProudToBe video.

“We all want to live in a world where we feel like our feelings are shared, and that our opinions matter,” she said. “We want to live in a world where others understand what we’re going through. Unfortunately, our connections to people like us are often obscured by distance or conflict. YouTube can reveal that world. It gives people everywhere the freedom to belong. No matter how loud it gets in these VidCon halls, I hope it’s the incredible sense of belonging that you witness here at VidCon.”