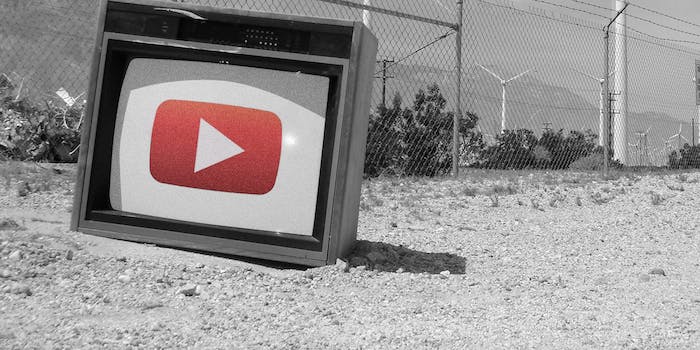 How YouTube plans to compete with Netflix and Amazon

YouTube’s circuitous path to premium content supremacy finds the company in the midst of making the rounds in Hollywood in search of studio help.

A Reuters report claims YouTube wants to hire studios professionals and others experienced in production to assist its network of indie creators in coming up with bankable programming to compete with efforts from Amazon, Netflix, Hulu, and others.

In some ways this may be good money chasing bad money after YouTube’s well-ballyhooed 2011 original channel initiative, which saw the online video site invest an estimated $100 million to create original content to lure viewers and advertisers. This was followed by an additional investment of $200 million a year later for additional original content. According to the Reuters report, only 115 of the channels launched in those efforts are now in the top 2 percent most-subscribed-to channels on the platform.

As part of its original investment in original content, YouTube built video-programming incubators in Los Angeles, London, and Tokyo to provide a clean, well-lit space for aspiring creators to produce, collaborate, and learn new skills, such as how to use a steadicam. Among the better-know shows to come out of the L.A. YouTube Space is SoulPancake, a project started in 2008 by noted actor Rainn Wilson (The Office, Juno) which tackles “Life’s Big Questions.”

Programming such as SoulPancake, which draws tens of millions of views, points to YouTube’s quixotic challenge—how do we go from being a popular online video destination to becoming a commercially successful, producer and distributor of multiscreen content that appeals to those on their smartphones, on their tablets, or in their living rooms. To date, that challenge has been unmet.

The competition for original made-for-the-Web content and the ecosystem to produce, distribute, and monetize those programs is a crazy quilt of experienced and novice programmers, distribution partners, and consumption devices. YouTube/Google’s prime competition is Amazon, which is in its second round of new programs and recently released its Amazon Fire streaming hardware device. With Google’s June announcement of its Android TV platform, the search giant is desperate to fill the screens of its hardware partners Sony and Sharp with its own made-for-Web shows or fall even further behind Hulu and Netflix as well as Amazon and (perhaps) Apple.