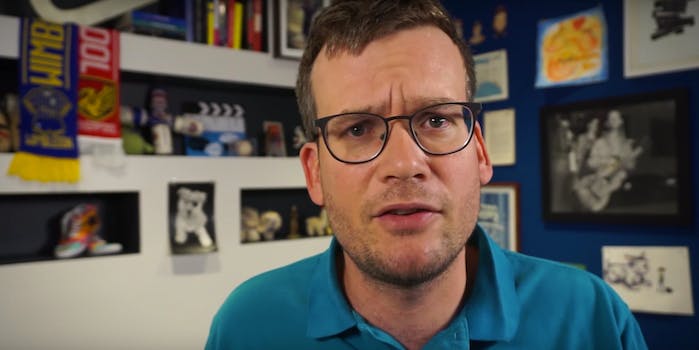 YouTube introduces Community, a social network for vloggers and fans

A bridge between digital stars and the comments.

YouTube is blurring the divide between its creators and subscribers by bringing them together in one place.

While YouTube’s comments section has long had a reputation for being a cesspool, many creators—particularly vloggers—have been able to building something of a community with the people who’ve watched them for years. For the most part, the actual community takes place outside of YouTube or requires following them on other social media, at least until now. A new addition to YouTube’s site, fittingly called Community, will allow creators and viewers to engage with one another right on YouTube.

“Community is a special release for us because it represents the deepest product collaboration we’ve ever done with creators like you,” Senior Project Manager Kiley McEvoy wrote. “We started by inviting creators in early to develop, in partnership with us, the tools they wanted to better engage with their fans.”

The program is in beta mode with creators such as the Vlogbrothers, AsapSCIENCE, Lilly Singh, the Game Theorists, and VSauce3 among its earliest beta testers. The Community tab will appear right as a tab on your subscription feed and include text, live videos, images, and GIFs. You also have the ability to be notified whenever a creator posts something. It’s pretty much like a timeline or newsfeed, but it’s a new feature for YouTube, which hasn’t had one aside from showing new videos and channel activity.

John Green explained in the most recent Vlogbrothers video that Community will finally allow him and his brother Hank Green to “make our YouTube channels the community hubs we always wanted them to be.” And while it’s still in beta, he’s already noticed a change in the tone of comments posted in on Community.

“The quality of discourse in comments in the Community tab has been great,” he said. “Like upvotes actually work and it’s also much easier to moderate.”

Community will roll out to more creators in the coming months once YouTube receives feedback from both creators and fans.