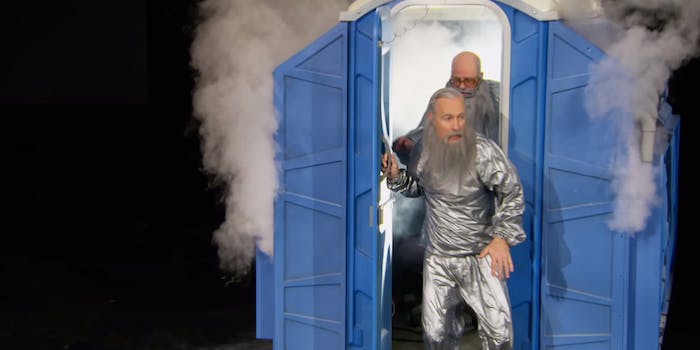 Time to get excited for Friday the 13th.

In college, I bought all four seasons of Mr. Show on VHS from eBay, and proceeded to watch the tapes so often that they actually started disintegrating and I tried to mend them with Scotch tape.

The Mr. Show fandom is a devout one, and news that Netflix’s new iteration of the series, With Bob and David, is premiering on Nov. 13 should fill fans with binge-ready glee. Earlier this year, it was rumored that Mr. Show might land back on HBO, where it ran from 1995 to 1998. But in April, it was announced Netflix had elbowed its way in, and the cast was in rehearsals again.

That the series is back 20 years later, its stars much older, is the main joke in the first teaser for the show.

Even better news: Odenkirk says they want to do more episodes.