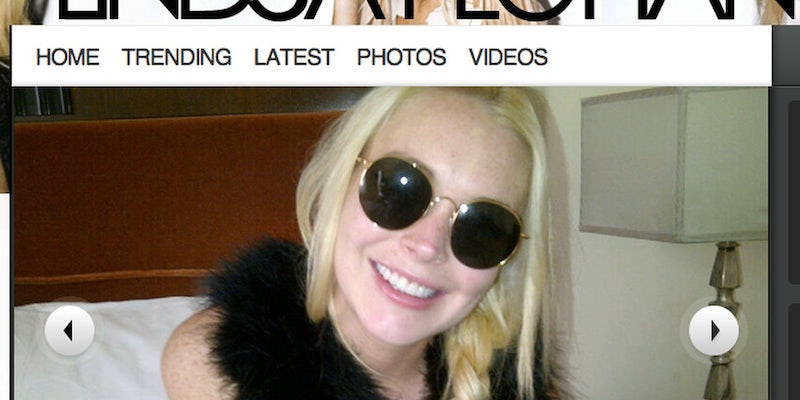 The rich and famous have their own walled-off social network

Why mix with the masses if you don't have to? The 1% have their own online club.

While we spread our lowly pictures and cheap words all over Facebook, the glitzy 1% now have a way to avoid mixing with the tawdry masses.

Siimilar to VIP booths at posh nightclubs that only allow you to observe, but never join, WhoSay was created to better manage celebrities’ social-networking footprint.

Dubbed “Facebook for the famous” by some, the site hosts more than 900 profiles for celebrities, athletes, and high-profile journalists. Singer Jennifer Lopez, actor Charlie Sheen, and Bravo executive Andy Cohen are just some the stars using WhoSay.

The company designs, customizes, and manages the profile page for the celebrity. And if you think you’re important enough to join, forget it. The service is invite-only.

Steve Ellis started WhoSay in March 2010 and it now has 18 employees.

“We saw this as a chipping away of the clients’ digital identities and ability to monetize that content,” Michael Yanover, one of the site’s directors, told Fast Company. “They were actually losing their own identity.”

Celebrities post directly to WhoSay, instead of Twitpic or Yfrog. And they own 100 percent what they post. Each picture also has a copyright notice added to the bottom, even though such notices no longer have any real legal significance.

And as of now, the site focuses on well-known figures but the folks there aren’t ruling out lesser-known celebrities, like Rebecca Black.

“If someone rises from the wreckage of the Internet and has premium content, I suppose over time, if they’re elevated, they can ask to join or be invited,” Yanover said.