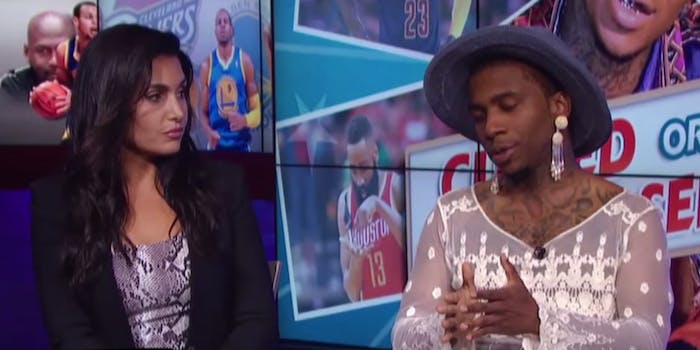 Lil B reveals the status of all his NBA curses

Lil B needs his own ESPN show, ASAP.

Last night, rapper Lil B appeared on ESPN’s SportsNation in a sensible summer outfit to address the matter of curses—specifically, the curses he’s allegedly placed on NBA players. His hex on James Harden was well documented on social media, but his hashtag sorcery goes deeper than that.

Lil B does say that cursing people is a “last resort,” and he has pardoned some of his offenders. He is a merciful Based God. What this segment really reveals is that Lil B needs his own ESPN show.

LeBron James is one of the players he’s allegedly cursed. As Game 6 looms tonight, here’s the status of James’s curse, as well as those on Harden, Kevin Durant, and Marreese Speights.